From Esperanto to Dothraki: a book review (2) 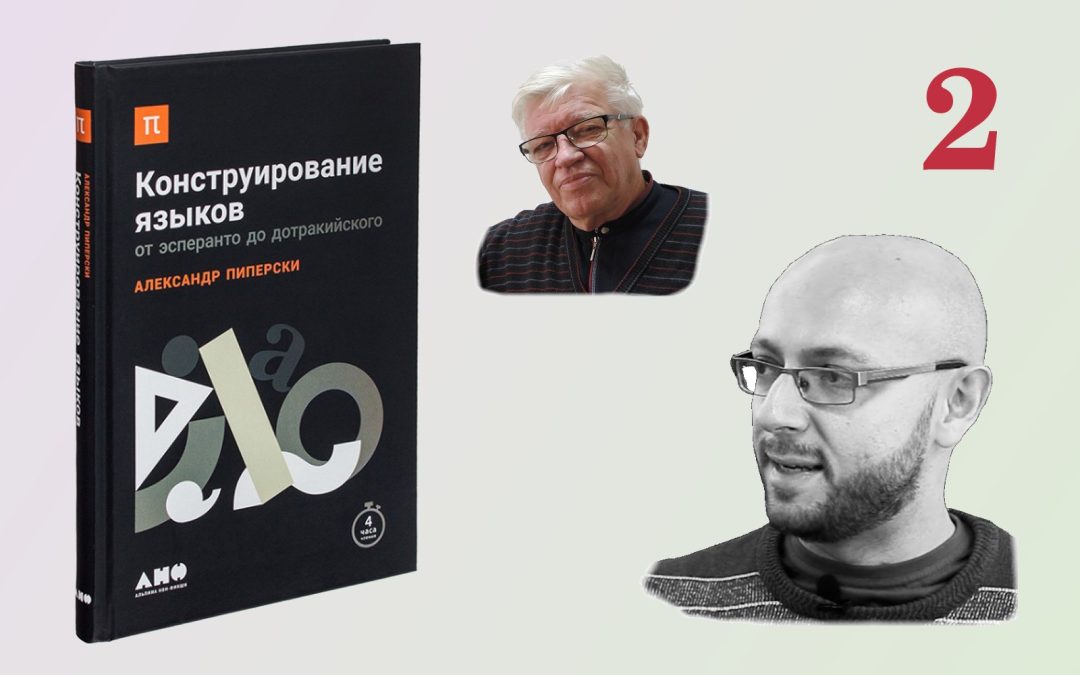 This is the second part of a lengthy article by Stanislav Košecký (Slovakia). We published the introduction in August.

The book is split into six chapters. The first is entitled An unattainable ideal, and here the author turns his attention to philosophical languages, whose creators pursued the goal of abandoning various illogical features of natural languages. As examples he presents grammatical gender in many languages, then irregularities in the plurals of nouns or in nominal predicates.

He starts by introducing the Lingua ignota project of Hildegard von Bingen (1098–1179), one of the most important figures in medieval German culture. She is known to have been interested in medicine and music as well. Her language lacked grammatical rules, and its roughly 1000 words were drawn not only from Latin and German, but also from Hebrew and Greek, but in a way that can not often be reconstructed. In addition Hildegard even worked out her own writing system, preserved in two manuscripts. In this case it is not possible to call it a real language; at most it was a sort of secret “language” por private religious purposes. If we view the reality with a modicum of tolerance, we can classify this work alongside the philosophical languages (probably only for its historical value, according to Detlev Blanke).

As Piperski acknowledges, Wilkins in his book exhibited four problems of contemporary languages: 1) homonyms, 2) synonyms, 3) grammatical irregularities and 4) non-conformities of sound and spelling; and concluded that it would be sensible to devise a new language accordingly.

In the next part of this chapter, the author turns to the language Ro (E.P. Foster, 1913). In his own introductory words: “The spelling of the Ro language ensures a more uniform match between letters and sounds than in English.” The Ro language is generally strikingly similar to the language of Wilkins: in both languages a word begins with a sign of its class, which allows one to judge what the text is about.

There follows a more detailed explanation of the structure of this language. Ro does not take roots or root words from Latin and other languages. As emphasised by Ro’s author, the words here are based on an analysis of ideas and they are built in accordance with an a priori principle, by which the initial letter or syllable governs the word and the remaining letters present a unit or categorisation on the basis of a scientific classification. The fundamental principle, according to Piperski, is that the initial syllable never has its own meaning. This is therefore a philosophical language.

The example is given of the system of numbers, which always start with z. Thus zab is 1, zeb 10, zib 100. Then zidzab is 301, zifzeb 410, zifzefzaf 444. This sort of alphabetic rule applies in other cases, too – consequently dec means size, decab is a line, decac slender as a thread, decaf medium-sized, decak huge, decal worldwide, decar infinite.

The book’s author also points out several grammatical rules: for example a clause usually contains a word with the root -e-, indicating a verb, most commonly ek for the past tense, el for the present, em for the future. However, as he goes on to note, Foster himself in various places turns away from the a priori idea and enables the existence of certain a posteriori elements of his language. Thus, for example, words that start with l- signify notions connected with live; at the same time the initial l comes from English life and German Leben. Furthermore, the word ha certainly originates with English have, and in the word gerdo one can discern the do- of the word dollar.

As observed by the author of the book we are reviewing, the language Ro never become widespread, and in the realm of artificial/constructed languages a more important role was played by other more recent projects that the author mentions in his subsequent text.

A study about Loglan first appeared in the magazine Scientific American. Its author was sociologist James C. Brown. This, according to Piperski, was published at a time when interest in logical-philosophical languages had already waned. The Loglan (Logical Language) project was one of the last to try to apply “universal” language. It did, though, respect existing natural languages (especially the most significant ones).

To create its lexical material, Brown was guided by eight languages: English, Chinese, Hindi, Russian, Spanish, Japanese, French, German. As an example the author here offers the word blanu (blue). By comparing this notion with these eight languages (retaining the transliteration and transcription used by Brown) he presents its so-called index of learnability from 0 (very low) to 1 (very high), which according to Brown looked like this:

As the author points out, if these criteria were to be ignored, words of any length could arise and then the notion “blue” might look like this: blulannilagalubojasulaokonbleublau. But such “trick” examples are invalid, the author writes, because Loglan’s predicates have a rigorously established structure: KKVKK or KVKKV.

It is still worth mentioning that in 1975 Brown published a detailed grammar of Loglan, to steer its evolution to some extent. The book’s author adds further information about a newer logical language project, which appeared in 1987. Its authors (B. LeChevalier and N. Tansky) called it Lojban. This too was built on the logical language principle, but its vocabulary is very different from Loglan.

Finally the author mentions that there has never been a case of a philosophical language that managed to show whether it was capable of influencing thought, along the lines of the Sapir-Whorf hypothesis, because nobody has ever learned Loglan or Lojban as their native language, and so we do not know whether the thought process of such speakers would differ from our own.

In a further explanation in this chapter Piperski deals with two newer constructed language projects. The first of them is Toki Pona. This project is the creation of S. Lang. In 2014 she published a complete grammar of this language, entitled “The Language of Good”. This language contains around 120 words that combine using simple rules. The name Toki Pona consists of the words toki (language, speak) and pona (good, goodness).

Toki Pona aims to train people to break their thinking down into basic parts and on that basis to think philosophically and gain a deeper perception of the world. The system of numerals has only five words: wan “1”, tu “2”, luka “5”, mute “20”, ale “100”. For instance “77” is expressed as mute mute mute luka luka luka tu tu. When one looks at the vocabulary, Toki Pona is a strikingly a posteriori language. The words wan, tu, luka (from Croatian rúka), as well as oko “eye”, are clear proof of this. The phonetic system of this language is represented by just nine consonants and five vowels.

The last language presented by Piperski in his first chapter is Ithkuil.

This project first appeared on the Internet in 2004. Its author J. Quijada developed it further in 2007 and presented its final version in 2011. According to the book’s author, Ithkuil is a logical-philosophical language whose aim is to attain the highest level of precision and efficiency, without polysemy. Its character system contains 45 consonants and 13 vowels, which can form diphthongs. Additionally, this language uses tones, of which there are 7, and by the pitch of the voice they can change the meaning (standard Chinese has 4 such tones). On top of this, Ithkuil’s grammar has 96 cases and more than 20 verbal grammatical categories. Acquisition of this language is made even harder by the fact that it has its own writing system, with forms unrelated to others. (Details of this language can be found on the Internet.)

At the end of this chapter Piperski asks if it is possible to use language to improve thought. His comment – that it is not actually clear what improving thought means – hits the mark. He then asks: would human thought be made better if we were to think with maximum clarity, arranging fiddly aspects of meaning as in Ithkuil, or if, conversely, we were to discard unnecessary frills as in Toki Pona? And he concludes his questions by posing the problem of whether thinking in the categories of predicate logic would enable us to better distinguish what is true from what is false.

These questions have no answers, says Piperski, because no one exists who has native-speaker-like ability in any given philosophical language. And he ends the chapter An unattainable ideal with the observation that the issue of philosophical languages remains open and will apparently stay that way.