Esperantism in the Iberian Peninsula: Nationalism and Internationalism (1887–1928) 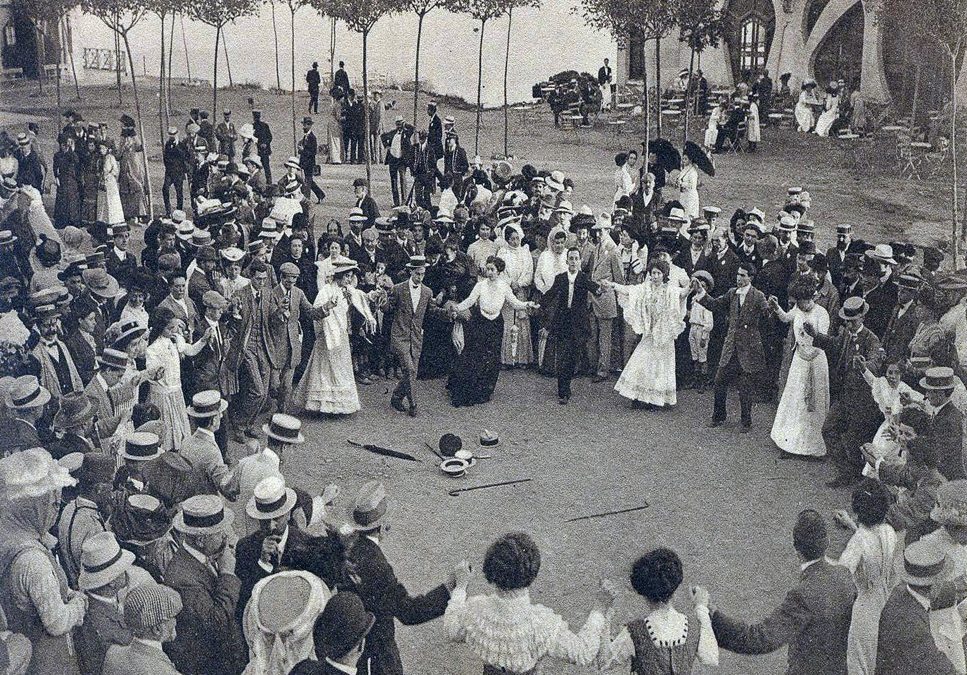 Unique as Esperantism was and still is, it has not failed to interact as a social phenomenon with other significant movements throughout history. Far from being a peculiar event, isolated from other cultural, social, political, religious and economic influences, Esperantism has become intertwined with them through the works of its members, who brought their ideals with them. This diversity can be appreciated from its very beginning in different parts of the globe, when in the late 19th century Esperanto took root in numerous communities. Zooming in on some regions may highlight particular trends that somehow go unnoticed when looking at the big picture, such as the strong connection between nationalism and Esperantism in the Iberian Peninsula between 1887 and 1928.

My doctoral project, “Between Internationalism and Nationalism: The Esperanto Movement in the Iberian Peninsula in the Early Twentieth Century”, takes a look at the way in which Esperantism evolved in three Iberian nations – Spain, Catalonia and Portugal – and how it became deeply intertwined with the incipient nationalist movements of this region. Indeed, tensions emerged between the groups as the international, pacifist and humanist nature of Esperanto was challenged by the complicated existing hierarchy among the nations.

Nationalists interested in the auxiliary language soon discovered its potential to promote their national cultures and languages across the globe in a manner that granted them complete control over the content and quality of their productions without having to rely on complicated and foreign national languages. This new transnational audience was not only easily accessible through journals, but also eager to learn about the wider world without having to move from the comfort of their own homes. It was an opportunity unlike any other.

Although these three nations ultimately had the same goal – to revindicate their identities in the transnational community and obtain international recognition – the way in which they did it differed due to their respective political circumstances. Without leaving the Peninsula we can analyze how Esperantism interacted with the nationalist movements of an emerging multinational state (Spain), a nation without a state (Catalonia) and a nation-state (Portugal). Censorship, political upheavals and coups d’état determined how these nations adapted the auxiliary language and the community that emerged around it to their needs and preconditions.

Spain, aware of the increasing tensions among its regions, opted for a neutral Esperantism in which Castilian nationalism was a passive force. It was present in the constant historical references and the allusions to a great Spanish identity (which always favored Castilian values and ideals) that filled the pages of their journals.

As a struggling nation without a state, one that was awakening from a long sleep, Catalonia had much to win from the flexibility Esperanto offered. The constructed language opened the doors to an international community Catalan nationalists could access without relying on the Spanish central government. Nonetheless, they were still under the legal control of the state, and censorship certainly played a role in determining what they could print. These limitations inspired them to focus on the less controversial issues, such as culture and language, in an attempt to set themselves apart from other Spanish communities.

Portugal, on the other hand, did not have to deal with any of these concerns. Portuguese nationalists had no real opposition within the country, and after their failure in Africa, they were not regarded as a real threat by any other world powers. This gave them free rein to shape Esperantism according to their nationalist and political views. Indeed, the auxiliary language was not as popular in Portugal as it was in Spain and Catalonia, and primary sources are thus scarce. However, those few available show a clear nationalist stance. Portuguese Esperantists tried to encourage the use of Esperanto as the only official international language in order to halt the advancement of French, which had had a pervasive effect on their national culture and language.

Although diversity was indeed a crucial part of Esperantism, it also caused misunderstandings and disagreements when it came to the structuring of the movement and how the constructed language was to be used. Some, like the Spanish Esperantists, thought that groups and societies had to be organized according to the state they belonged to, with national confederations representing regional ones. Others, like the Catalan Esperantists, considered that the state was irrelevant, as language was their only concern, and the movement had thus to be organized according to mother tongues and regions.

Eventually, the Catalan Esperantists’ position came to be regarded as a threat to the stability of the Spanish state. Confrontations ensued, putting into question the ability of the auxiliary language to navigate the world while preserving its intended apolitical stance.

My doctoral project explores these tensions by first introducing Iberian Esperantism and the incipient nationalist movements of the three nations. It then moves on to analyze how nationalism was incorporated into Esperantism through journals, books and congresses, before addressing a series of confrontations that culminated in 1928 with the resignation of the Catalan Esperantist Federation’s president and the association formally joining its Spanish counterpart.

This research has been possible thanks to the support of ESF, which has allowed me to visit the Spanish National Library in Madrid, as well as the Library of Catalonia in Barcelona and the Petro Nuez Archive in Sabadell.

Pilar Requejo de Lamo came to the University of St Andrews, Scotland in 2018 for an MLitt in Intellectual History and with a degree in International Relations from King Juan Carlos University in Madrid.
Ĉi tiu artikolo estas ankaŭ disponebla en Esperanto.