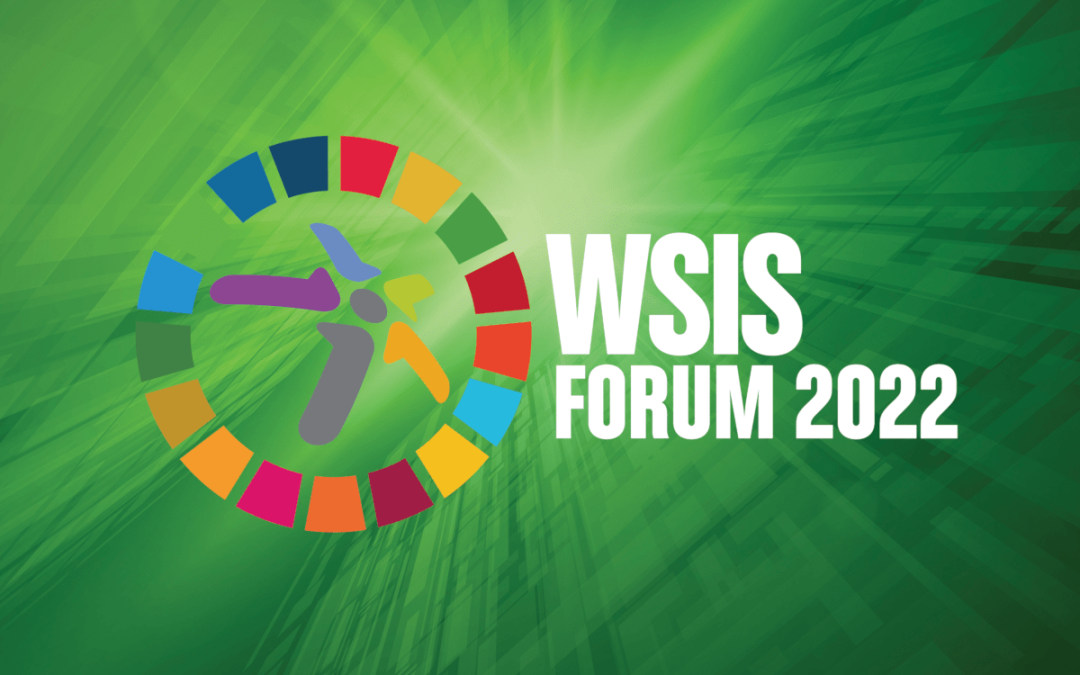 The World Summit on the Information Society Forum was held in Geneva from 30 May to 3 June this year, and Humphrey Tonkin, representing the World Esperanto Association at the UN in his role as vice-president of the NGO Committee on Language and Languages, was invited to comment – via Zoom, and in English – during a session on the first day. Here is what he said.

Recently we established the NGO Committee on Language and Languages as a substantive committee of the Conference of NGOs in Consultative Relationship with the UN (CoNGO). We seek to raise awareness about language and language difference at the UN and to foster dialogue between the UN community and civil society about how to make linguistic communication more effective, including through information and communications technologies (ICTs).

And far from innovating in the field of language, the UN General Assembly continues to use as official languages the four languages of the victors of World War II three quarters of a century ago, plus Spanish and Arabic. Is this convenience or inertia, and could ICTs open up new possibilities?

Advances in information and communications technology offer much promise in overcoming language barriers and reducing educational inequalities. We need urgently to address the role of ICTs in creating a more equal linguistic playing field, even among the world’s most disadvantaged.

The Geneva Declaration of Principles of 2003, a founding document in the current WSIS process, states (A4) that “communication is a fundamental social process, a basic human need and the foundation of all social organization”. Such communication is above all linguistic. Not connectivity or IT or AI, but language. Through language we love and hate; through language we express our inner thoughts, both benign and belligerent. We use language to emphasize our point of view, to persuade, to dominate. My knowledge of English advantages me, and will always advantage me in an English-language context. My language skills will help persuade other English speakers that I am right. Language is not only an instrument of understanding but also a personal instrument of power. It is human to use it that way. We must recognize this fact, and aim off for it, as we design inclusive language policies.

The Geneva Declaration of Principles also states (A9) that: “We are aware that ICTs should be regarded as tools and not as an end in themselves.” ICTs “can also promote dialogue among people, nations and civilizations”. But, the Declaration adds (A52–A54), they must take into account cultural and linguistic diversity: “The creation, dissemination and preservation of content in diverse languages and forms must be accorded high priority in building an inclusive Information Society.”

As we sit here in our international environment it is easy to imagine that we have essentially solved the problem of linguistic diversity. We use English or French – or are assisted by skilled interpreters and translators and by the ICTs that they have at their disposal. We feel that we can converse with the world. In truth we can speak to the world, but the majority of civil society cannot hear us because of language barriers: we have created a hierarchy of languages, elevating some and marginalizing others. We can speak but we cannot always listen. Yet sustainable development must include the marginalized, and we must hear them.

To its credit, the United Nations is increasingly aware of the problem, even if it has not fully operationalized this awareness. It has redoubled its multilingual outreach: it now uses more languages to communicate with the world than ever before, thanks to concerted efforts by, among others, the UNDGC, the Department of Global Communications. But the UN is still better at talking than at listening. And civil society, for its part, speaks many languages and, in a world where we need everyone’s cooperation, often can neither contribute to the international debate nor answer back.

On this issue, we are currently celebrating a centennial of sorts. In June 1922, one hundred years ago almost to the day, the Fifth Committee of the League of Nations, meeting in Geneva, endorsed a report by the League’s under-secretary general for intellectual cooperation, Inazō Nitobe, calling for the investigation of a neutral international language as a means of communication across linguistic boundaries. It took a couple of years for the speakers of French to dislodge this idea, and to confirm French and English as the languages of the League. The issue of language disappeared from the League’s agenda. And when the UN was founded, as we have seen, linguistic inequality was baked into its structure. When, sixty years after Nitobe’s report, the MacBride Report on international communications was issued by UNESCO in 1980, it contained only one reference to language, inserted in the report by a Tunisian diplomat over protests that “communications” (plural) and “communication” (singular) were quite separate matters.

Of course they are not. ICTs and AI are increasingly able to process a large diversity of languages, creating an increasingly level playing field among the languages of the world. As representative to the UN of the Universal Esperanto Association, I continue to believe, as Inazō Nitobe believed one hundred years ago, that there are linguistic solutions to language difference, including technological solutions. If peace and understanding and sustainable development are to mean anything at all, we must use any and all means to promote them. And that includes addressing language difference head on. Our new NGO Committee on Language and Languages recently heard reports on UNESCO’s encouraging work in the language field, from mother-tongue education to the Decade of Indigenous Languages. And we are aware of stirrings elsewhere in the international community, including, for example, the World Bank’s interest in mother tongue education.

Perhaps, as the international community becomes more aware of the need to engage civil society as a whole, we can hope that listening to the many voices and languages of the world will become as important as issuing instructions. ICTs can play a crucial role in the process, if we can extend them to the peripheries of society and not just to the privileged. I hope that our new NGO Committee, along with civil society as a whole, will be able to contribute to that process.