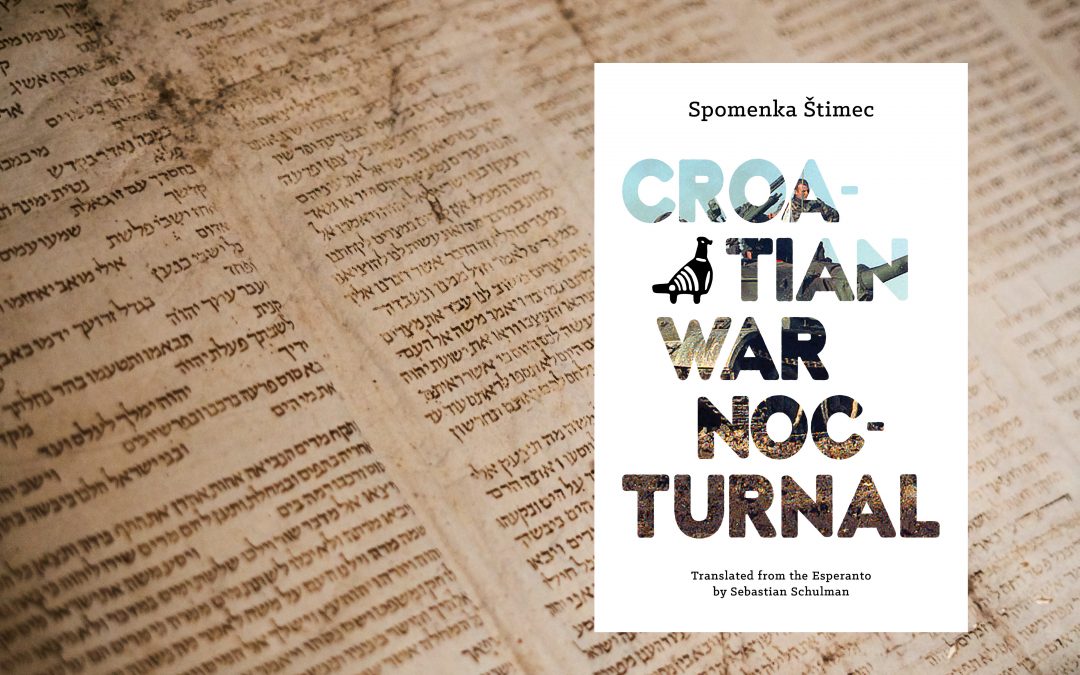 Translators of literature from so-called “small” languages into English are often thrust into an unusual role. Beyond representing individual authors and their works, these translators are asked to serve as the seemingly sole ambassadors for an entire culture, tasked with conveying a whole worldview in a single literary work, or accounting for (and too often fighting against) stereotypes and misconceptions held by these new readers.

It’s a role I know all too well from my work as a translator from Esperanto and Yiddish. In this latter language community, where I spend much of my personal and professional life, there is an existing discourse on how to handle those all too frequent misunderstandings from outsiders. Yiddish translators have the guideposts to help them navigate dismissive comments and stereotypes, and the tools to make legible the varied nature of Yiddish culture to a curious external audience. For Esperanto translators, however, there are far fewer resources that outline the kinds of reactions we may encounter in this work and how best to respond to potential editors, to our eventual readers, and to other interlocutors.

Most often, I encounter audiences for whom Esperanto itself is an entirely novel idea or those who may know something about the language but seem flabbergasted by the idea that Esperanto possesses a vibrant and thriving literary scene. For these readers, my work as a translator opens up an entire mondo, a previously unknown republic of arts and letters to explore. Far more difficult to negotiate are those who hold fast to a web of preconceived notions about la lingvo internacia. Perhaps the best summation of these current myths surrounding Esperanto, at least in the American popular imagination, can be found in the concluding chapter of (fellow ESF board member) Esther Schor’s recent history-cum-memoir Bridge of Words. Here Schor outlines how Esperanto and its speakers are repeatedly perceived, albeit in different ways and to varying degrees, as utopian idealists who hold onto an obscure and outdated fad, a vision of world peace through global linguistic conformity.

Often these tropes are combined in surprising ways. One typical reaction to the works of Esperanto literature in English translation from even their most sympathetic reviewers has been to note the irony and even the “tragedy” of the fact that Esperanto literature should need to be translated at all. Since all proponents of Esperanto allegedly believe that English should have been long ago supplanted by Esperanto’s final victory or fina venko—or so these reviewers seem to suggest—its translators should not celebrate the fact of its literature reaching new readers, but rather mourn the failure embedded in those same readers’ inability to access the original. Having Schor’s analysis at hand and understanding where these biases come from has been an invaluable tool in unpacking these prejudices and getting beyond these sorts of reactions.

Yet the translation of Esperanto literature must go further than simply proving to the outside world that Esperanto and its culture exist or in dispelling these long-held stereotypes. Translators of Esperanto literature into English have the opportunity to both expand and disrupt how books are read, published, and written across the English-speaking world. Just imagine how the wordplay and inventiveness that characterizes so much of Esperanto poetry could push the aesthetic bounds of the English language. And think how the stories, perspectives, and narratives that give Esperanto literature its distinct voice could shape, shift, and participate in the larger cultural conversation.

The potential impact of Esperanto in translation goes a bit deeper still. As some brilliant translators, such as Don Mee Choi, Jeremy Tiang, Khairani Barokka, Bruna Dantas Lobato, Julia Sanches, and others, have articulated, literary translation into English is an enterprise fraught with paradoxes and contradictions. Bringing works from other cultures into a hegemonic, global language can be an imperial act or an anti-colonial disruption, a way of further commodifying and exoticizing “world” literature or a path toward greater empathy, equity, and understanding. Of course, Esperanto culture is in no way free of sexism, racism, or other forms of prejudice that mark any community. And yet, Esperanto’s ethos of exchange and acceptance, the desire to create a “level linguistic playing field” among its participants, presents a radical alternative to what “global literature” and its production might look like. The translation of a literature created by a community for whom linguistic justice is a core value may just serve to further the cause of a literary industry that is itself more open and creative.

Most simply, Esperanto literature deserves to be translated because it is good. What that really means is up for debate, but there is no question that our world is richer when those words, poems, stories, plays, and novels that have moved us to think, to laugh, or to cry, can be shared with a new and wider audience. In reframing the conversation around why and how Esperanto literature can and should be translated, I hope you’ll join me in bringing this growing trezoro, this unknown literary treasure, to new readers around the English-speaking world.

Sebastian Schulman (@SebSchulman) is a literary translator from Yiddish, Esperanto, and other languages, and the Executive Director of KlezKanada, a leading organization in Yiddish culture and Jewish music. His writing, scholarship, and translations have appeared in Words Without Borders, Electric Literature, Beletra Almanako, Forward, and elsewhere. His translation of Spomenka Štimec’s Esperanto language novel Croatian War Nocturnal was published by Phoneme Media in 2017. Schulman joined the Board of the Esperantic Studies Foundation in 2020. He lives in Montréal, Québec.
Ĉi tiu artikolo estas ankaŭ disponebla en Esperanto.