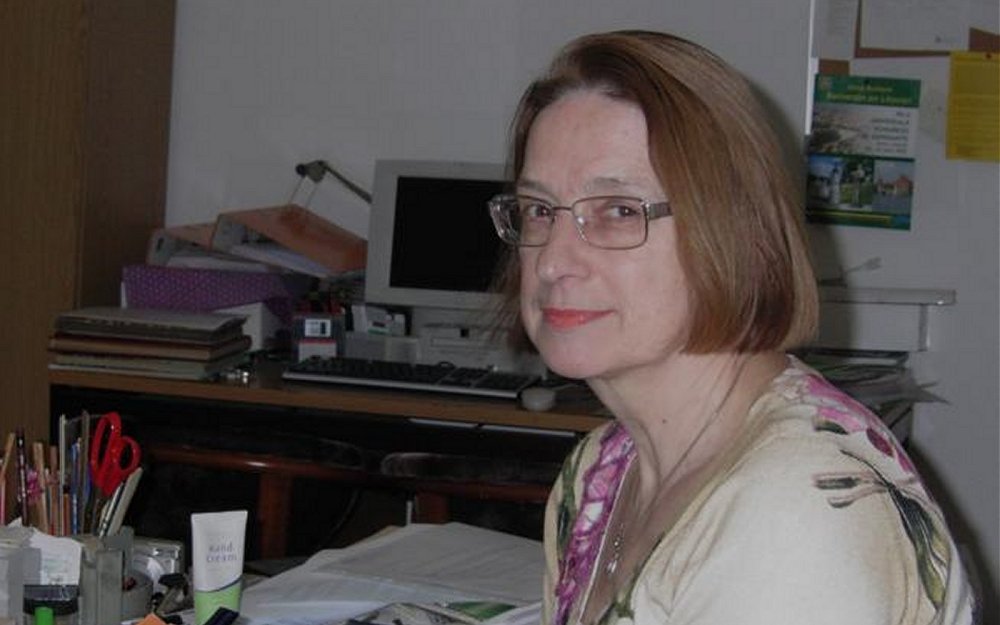 This interview with Croatian author Spomenka Štimec was conducted by Alessandra Madella and first appeared on the Ĉina Radio Internacia website in January 2022. She has kindly offered it for republication here.

The International League of Esperanto-Speaking Teachers (ILEI) recommended your book Hodler in Mostar (2006) for Esperanto Book Day (December 15) in 2021. What can you tell us about it?

They say Esperanto has no culture. Wrong! We have an impressive culture. UEA, our umbrella organization, came into being in 1908 in a very cultural place. The idea of it took shape in the house and workshop of renowned Swiss painter Ferdinand Hodler. His son Hector was the co-founder of our umbrella organization. When I hear people calling us cultureless, I reply: I wouldn’t say so. Through Hector, we even inherited the painter Ferdinand Hodler. In his will, Hector left half his legacy to his wife Emilie (who he married in 1917, a year before he died), and half to his child: the World Esperanto Association (UEA). Indirectly, via Hector, we acquired the money that had belonged to Ferdinand.

Where did the idea of writing the novel come from?

I had always wanted to see Hodler’s paintings in Switzerland. And one day I read in the paper that Hodler would be visiting Zagreb! I went to the exhibition and realized this was Ferdinand Hodler from Sarajevo, not Switzerland! I realized my neighbours in Bosnia had an amazing story about Hector Hodler’s father in their gallery. And I think Esperantists deserve to know about this extra information we have.

How did you research the novel?

In that exhibition hall in Zagreb, I stood staring at the painting called Seamstress or Augustine and realized I was seeing the first “portrait” of Hector Hodler, because the seamstress was pregnant. I checked which year it was painted in: in 1887, the year of Hector’s birth. I realized I would have to buy everything published about Hodler in Sarajevo and Ljubljana (where the exhibition was), to gather information. Beyond that, where there were gaps in the information, I used my imagination. 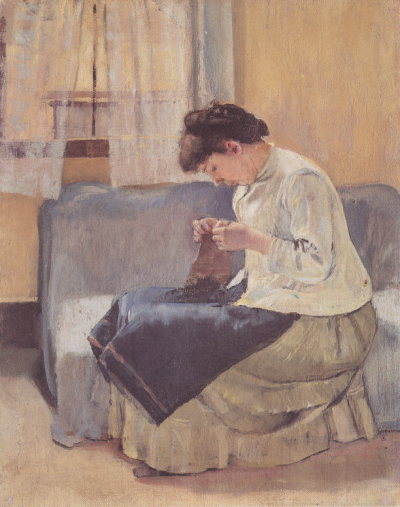 What position does this book hold among your writings?

An important one. I’m grateful to have had it recommended as reading material for Zamenhof Day 2021!

Why did you decide to write this book and most of your books directly in Esperanto?

Many people write in Croatian. Not so many in Esperanto. I should help the language that’s less strong. And the one that I deeply love. I also like Croatian, of course. I write in it as well.

Have you written any other books that talk about Esperanto’s historical background?

Yes. Ombro sur interna pejzaĝo (Shadow on an Inner Landscape) is a novel about Esperanto loves and breakups.

Which of your books have been translated into other languages? Are there any Chinese translations?

Kroata milita noktolibro (Croatian War Nocturnal) has been published eight times in the same number of languages. Ombro sur interna pejzaĵo has been translated into Italian from the Esperanto edition. Tilla has appeared in Japanese and Korean.

My impressions on a trip to Japan, Nesenditaj leteroj el Japanio (Unsent letters from Japan), have been translated into Chinese and published by Harbin University. I’ve been told Chinese students of Japanese have found it helpful to read that little book.

In 2021, Harpina, a Chinese Esperantist, published my Zagreb Method reader Esperanto is not just a language in Inner Mongolia.

In addition I have found inspiration in the Japanese journalist Hasegawa Teru, who married a Chinese Esperantist, secretly fled from Japan to China, arrived… (realized her husband already had a wife there), discovered the Japanese army was invading China, received the order to return home with other Japanese women… but she decided to stay and fight against the Japanese army. I wrote a play for the World Congress in Beijing (1986): The Lady Who Whispered in the Hurricane. Very interestingly, the poster for that play won an award for being one of “the hundred most beautiful posters in the world” and was displayed at UNESCO in Paris in 1987. 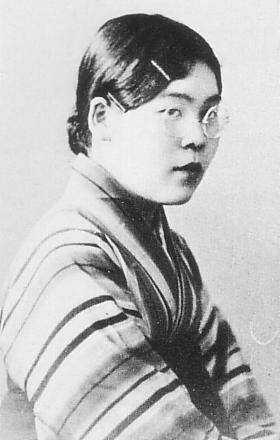 Your work has also been presented to non-Esperantists in the German book Die Bienen und das Unsichtbare (The Bees and the Invisible, 2020) by Austrian author Clemens Johann Setz…

Clemens Johann Setz is a present-day Austrian writer who deserves great respect. Though he’s not an Esperantist, he decided to dedicate his novel to the phenomenon of constructed languages. He learned Volapük to understand what it was. He learned Esperanto. He realized this Esperanto thing had a literature worth reading, and across a hundred pages he described Esperanto literature for German readers who knew nothing about it. That book earned him German’s most prestigious prize, the Georg Büchner Prize, in July 2021. He wrote about Vasili Eroshenko, whose story guides us through the entire history of Esperanto literature over a hundred pages. And on a dozen pages within those, he analyzes my contribution to Esperanto literature, with admiration, as he wrote by his signature. The book should soon be published in Esperanto by Mondial.