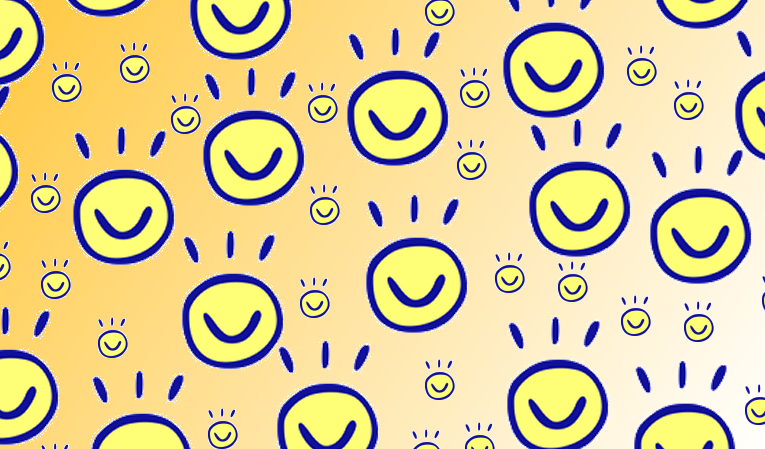 In my previous article in this series, I described several oligosynthetic languages – in which the vocabulary is built up from a very small number of fundamental pieces – and I noted that the meanings of words constructed via such a system can be difficult to predict: skylike-possibility meant “freedom” in one example.

However, there is one such language that has achieved notable success, attracting a sizeable community of enthusiasts – many of them also Esperantists – and this is Toki Pona (TP), published online by Sonja Lang in 2001 and in a slightly revised form as a book in 2014.

Strictly speaking, we should call it oligo-analytic or oligo-isolating, as it treats each semantic building block as a standalone word. The official dialect defined in the book has 120 such elements, although one of these has the practically useless meaning “to interact with the Toki Pona book”, perhaps added to remind people not to take things too seriously. A handful of morphemes from earlier variants of the language also remain in use, and Lang’s dictionary, published last year, includes a number of extra words that frequently occur in the community, such as tonsi “non-binary, transgender”.

Toki Pona’s answer to the problem of naming everything in the world is to not even try. Inspired by the Tao, and by an anthropological primitivism that sees natural cultures as superior to modern civilisation, its philosophy is that less is more and that there is simply no need to distinguish ducks from geese. Concepts reduce to their components, and you only need to mention those components that are currently relevant. Context is everything, which is said to promote mindfulness in the meditational sense.

But this language is also deliberately fun and cute: its original presentation suggested that “one could almost imagine a race of little cartoon creatures speaking in Toki Pona”. “Little” is lili; “dirty” is jaki, pronounced like yucky; the curse word is pakala, from bagarap “accident, broken” in Tok Pisin (the main language of Papua New Guinea), itself ultimately from English bugger up. The main counting system stops at 2, and the word for “hand” can be co-opted to represent 5 when necessary. Anything above 2 is essentially mute “some, many”.

In interviews, Lang often gives the example of jan pona, literally good person, which is the conventional way of saying “friend” (a person who is good to you); jan ike bad person can likewise mean “enemy”; and the concept of a “bad friend” is then clearly seen to be self-contradictory. pona – deriving from Esperanto bona – can mean not only “good” but also “positive”, “peaceful” and “simple”, so toki pona is either “the language of good” or “the simple language”.

Its grammar uses a small number of special particles to mark the start of each part of a sentence. For example, li (a repurposed Esperanto li “he”) signals that the next word is the verb (or an adjective used like a verb) – much like i (derived from English he) in Tok Pisin. I loosely gloss it here as “do”:

jan ni li pali.
person this do work
“This person is working.”

ma kasi sina li suli.
land plant you do large
“Your garden is large.”
(The pronoun sina “you”, in adjectival position after the noun, acquires a possessive meaning: “your”.)

And e (here glossed as an arrowhead) introduces the direct object of the verb:

A quirk is that li must be omitted if the subject consists of just the word mi “I” or sina “you”. This again mirrors the use of i in Tok Pisin:

sina jo e ma kasi suli.
you have » land plant big
“You have a large garden.”

This need for explicit signposting of syntax in Toki Pona enforces a very simple sentence structure. The language has no subordinate clauses. To say “I know that you are asleep”, you use two sentences, conventionally separated by a colon:

Nouns have no plural; verbs have no tense. To indicate time, you can use a context phrase – a preamble that ends with the particle la:

Noun and verb phrases always group to the left:

To say “very good person” (or equally “very good people”), you use the particle pi, which is essentially a dummy preposition inserted solely to create a secondary noun phrase:

Toki Pona is remarkably expressive. pona is not the only word to cover a wide semantic field: kon means “air”, “breath”, “essence” and “soul”; lipu denotes any flat object, including tickets, books and even – metaphorically – websites. But certain words are more specific: uta is “mouth” and moli means “die”.

As with most oligo languages, almost any word can be pressed into service as any part of speech. For example, moku (from Japanese mogu mogu “to munch”) means “eat, drink” when it’s a verb:

As a noun, it can mean either “(the act of) eating, drinking” or, disturbingly, “food”:

While it’s true that Toki Pona’s ambiguity sometimes goes off the scale like that, plenty of useful standard expressions have been devised and are easy to remember, at least once you have mastered the 120 words:

Of course, in a language with such a minute lexicon, it makes sense for the wordstock to be as easy to pronounce as possible, too. TP uses only 14 sounds arranged into trivial syllables like ma, en and jan; -n is the only consonant with which a syllable may end. Most words have two syllables; a few have three. The phonetic reductions also apply to proper names (which are not part of the list of 120 words): Afghanistan is ma Akanisan and Esperanto is called toki Epelanto.

The words themselves are drawn (and then simplified) from various languages including Acadian French, Croatian, Dutch, Finnish, Georgian, Chinese and Esperanto.

It’s a curious thing that even though there are more than 6500 potential two-syllable words, several pairs of actual words differ by only one letter: poka “side”, poki “container”; seli “hot”, selo “skin”; and – startlingly, but perhaps as a deliberate nod to Yin and Yang – ala “zero, nothing, not”, ale “all, everything”. In fact ale has the alternative form ali, to guard against misunderstanding in speech.

Many people have experimented with Toki Pona’s design, either to simplify it still further – one person reduced it to a “stealth language” of just 99 monosyllables called Ta Ti – or to try to iron out the ambiguities. But let’s fast-forward two decades and look at a couple of interesting tokiponidos (as these descendants are humorously termed) that were both proposed in mid 2020.

One is Mini, by S. C. Gruget. This is an experimental proof-of-concept redesign that tries to be “the simplest and smallest naturalistic language for human communication”. It contains much the same number of words as Toki Pona (122), but draws them almost exclusively from the Romance languages and English, constraining them to 19 sounds (five more than TP): fogo “fire, hot”, mebi “maybe”, savi “know”. Sadly the word for “person” is man.

Gruget started with the Toki Pona vocabulary, replaced each item with an Anglo-Romance equivalent, then discarded words like “bird”, “sell”, “sexual” and “yellow” that seemed overly specific, and finally added some new items whose meanings were easy to expand metaphorically. An example from this latter category is eleki “electric, energy, digital, online”.

But Mini’s most interesting changes lie in the grammar. It solves the “eating/food” problem by reusing e (which also still marks direct objects as it does in Toki Pona) as the verb “to be”, where it contrasts with the verb marker i (the equivalent of TP li):

The language introduces subordinate clauses, but – again presumably inspired by words like que in Spanish – it reuses the interrogative pronoun ke “what” both as a relative pronoun (that in “the house that Jack built”) and as the conjunction for introducing indirect speech (that in “I know that Jack built the house”). This turns out to be unambiguous, but it’s a very European way of arranging things.

Mini attempts to create a more convenient system for counting, but limits itself to base five: 5 is mano (which also means “hand”, just like luka in Toki Pona); 6 is mano anda uno five-and-one; 10 is uno nulo one zero; and 19 is uno mano anda fo one five-and-four. This approach is certainly more usable than Toki Pona’s, but it’s still very verbose, and one suspects that its novelty would quickly wear off.

The language recognises the problem of “when is a preposition not a preposition?”, but because its primary design goal is to keep the number of words to a minimum, it reuses at least three of its prepositions as verbs and as markers of tense (go “to, go” for the future tense, de “from” for the past) and aspect (en “in” for the progressive):

When used as verbs or adjectives, these words therefore have to be reduplicated in a peculiar fashion in order to stay intelligible:

When I first read through Mini’s lucid documentation, I was very impressed, but the more I studied the language, the less I found I liked it. [NB: It has been revised and significantly improved since this article was written.] By contrast, my initially fairly favourable opinion of Toki Ma – the “World Language” created by the pseudonymous Shevek Urrasti and developed by others – has only improved with the passage of time.

Toki Ma stays as close as possible to Toki Pona, but with an extended grammar and more than twice as many words. It adds many essential items such as:

It also separates sewi “holy” from wi “upper”, which instantly removes a lot of awkward confusion.

Furthermore, these new words are derived from a much wider variety of sources than Toki Pona; basically any language on earth from Amharic to Zulu can offer a word if it “feels right” to the designer – and “Shevek” seems to possess a talent for that.

Toki Ma solves the “eating/food” problem in a more straightforward way than Mini. For one thing, it defines that moku is fundamentally a verb; and its clear rules for derivation say that when a verb is used as a noun, the noun means the “generic object” of that verb, in this case “food”. As for the syntax, Toki Ma takes the existing verb lon “exist, be present” and extends it to mean “be (a thing or quality)”, with the complement expressed adverbially or using pi:

ona li lon pi moku pona.
it do be of food good
“It is good food.”

It likewise addresses the ambiguity of prepositions by directly disallowing the use of these words as anything other than prepositions. Furthermore, it allows the preposition su “as, like” to mean “than” in comparisons of inequality:

ni li lamo sata su na.
this do long more as that
“This is longer than that.”

(Toki Pona’s inability to express comparison is notoriously painful – albeit a deliberate part of the language’s reductionist worldview.)

on li pali e tomo nen te on li wile.
he do make » house because-of that he do want
“He built the house because he wanted to.”

It even adds a decently concise counting system:

This article was first written in February 2021 (tu kilo tu ten wan) when Toki Ma was still very much a work in progress, welcoming suggestions for improvements, but at the end of July, the language was declared to have reached a “stable alpha version”, fixed for at least a year, after which only minor changes (such as adding new words) will be made. It seems highly promising, and is definitely one to watch if you’re at all interested in this subject.