The history of the Vidyasagar Prize 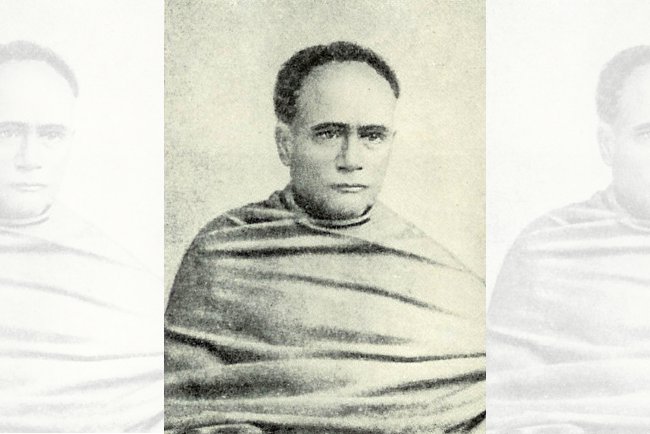 When informing an international audience that the ministry of higher education in the government of West Bengal (an administrative area of India) has awarded the “Vidyasagar Prize” to an Esperantist in 2021, one must first say a few words among other things about Ishwar Chandra Vidyasagar (1820–1891), a figure barely known outside his own region. He was a pioneer in the fields of mass education, language planning, the bridging of the classical and modern educational domains and the advancement of women. Though his initiatives at first sight seem diverse, there were close ties between them. In the absence of any suitable presentation on the standard websites, what follows is an attempt to outline his contributions and those ties.

The honorary title Vidya-sagar (“erudition-ocean”), bestowed on him in 1839 by the Sanskrit College of Kolkata, identified him as a learned master of Sanskrit grammar and the traditional specialities connected with it. He translated several classic works (from Sanskrit, English, Hindi) into Bengali, the primary language of Bengal; his city of Kolkata was the capital of not only that province, but also the whole of India, then a British colony. His translations put in place a stable aesthetic norm for Bengali prose. To enable suitable printing of Bengali works, Vidyasagar designed an elegant typeface. He wrote primers – which were an instant success, and have remained classics – to teach that style of handwriting and also to initiate children into behaviours appropriate to the lay culture and the modern legal system.

At that time, Bengali families did not generally educate their daughters. An additional problem was the large number of girls who got married and widowed at an early age. Vidyasagar founded (and instigated the founding of) many girls’ schools. Regarding the particular problem, he campaigned for widows to have the right to remarry. To that end he debated against the erudite orthodoxy, citing a pre-classical lawmaker who had decreed that widows should have that right. His opponents wrote solely in Sanskrit. Vidyasagar refuted them not only in that language but also via witty Bengali pamphlets. Having culturally defeated them, he managed to get the colonial government to grant legal approval to the rights of widows to remarry.

While director of the Sanskrit College, Vidyasagar reformed the curriculum so that its rational content outweighed the theological. He wrote textbooks of Sanskrit in Bengali which made it easier to teach the language. Using money earned through the sale of textbooks, he funded social welfare campaigns, living without luxury, anonymising his patronage where possible.

From 1980, the administrative government of Kolkata has awarded the annual Vidyasagar Prize to authors for their lifetime’s contributions. On the occasion of the two hundredth anniversary in 2020–21, the name of his wife Dinamoyee was added and the prize became linked with all the fields in which his interventions were significant. In 2021 it was awarded to four people, for their work on language, literature, education and social reform. The prize for language was awarded to Probal Dasgupta, with his Esperanto activity receiving mention alongside his other contributions. This highlighting of Esperanto in India’s cultural landscape was made possible by decades of work by countless members of the movement, not just in the country itself. Esperanto activity in Bengal began to gain momentum a few decades ago, and is slowly growing. Let’s work in hope.