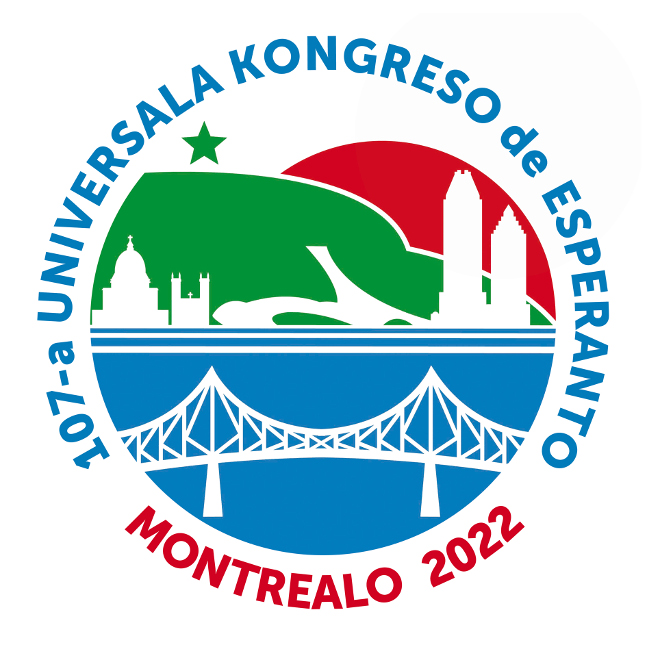 What is the World Esperanto Congress?

“The World Esperanto Congress – or Universala Kongreso – is the biggest Esperanto event of the year. Rather like the Olympics, the World Congress has been held in a different country every year, outside wartime,” says LKK secretary Ĵenja Amis. “Following the unavoidable two-year hiatus caused by the pandemic – when the planned physical conventions were replaced with virtual gatherings – we plan to hold a physical event once again and welcome Esperantists from across the globe to our beautiful city.”

Ĵenja herself has been to four World Congresses: in Poland (2009), France (2015), Portugal (2018) and Finland (2019), and she maintains there’s nothing else like it: “It’s amazing to meet people from all over the world, attend talks, go on excursions, watch shows and concerts, make your own music with other people, and have friendly chats with people from maybe a dozen countries sitting around the same table.”

“While many items on the schedule at the World Congress are entertainment, others are serious and educational and specialized,” says Nicolas Viau, one of the LKK’s vice-presidents. “For example, the International Congress University (IKU) offers specialized lectures from university members and other experts, for subsequent publication in the prestigious IKU book.”

Will this be the first World Congress in Montreal?

“The Montreal World Esperanto Congress was planned for 2020 – obviously the pandemic meant it couldn’t take place (likewise, the physical World Congress in Belfast couldn’t be held this year) – both had to be replaced by the Virtual Esperanto Congress. So yes, 2022 will be the year that Montreal hosts the physical World Congress,” says Joel Amis, the other LKK vice-president.

Joel notes that the only previous occurrence of the World Congress in Canada was in 1984 – long before some of the present Esperantists in Quebec and Canada were born, and long before the internet and such courses as Lernu.net or Duolingo. “The last time the World Congress was held in this area – eastern North America – was 1910, when even Zamenhof – Esperanto’s creator – was present. So it’s a great time to bring the World Congress back to this part of the world!”

Does the World Congress have a theme?

“Yes, it certainly does,” adds LKK president Normand Fleury. “Language, life, land: A decade of indigenous languages. That relates to the Decade of Indigenous Languages that UNESCO announced would run from 2022 (to 2032). We chose this theme because it’s totally appropriate to Canada. Indigenous people still live in Canada, even in the Montreal area, with distinct languages and cultures. The World Congress will take place during a magnificent indigenous festival in Montreal, so participants will be able to enjoy the festival, too. Several Esperantists are experts on indigenous languages, so there will certainly be several notable lectures on the subject, along with some unique entertainment.”

“And let’s not forget that in Montreal, Quebec and Canada there’s a widespread interest in languages and associated political and social issues,” says Nicolas Viau. “Montreal is a multicultural city whose main language is French, but it also has a significant English-speaking community, plus there are many languages from across the world to be found in Quebec (mainly French-speaking) and Canada (officially bilingual). It’s a very unusual place within North America, and a region that greatly favours discussion about language and culture. Moreover, the theme fully ties in with UEA’s activity at the UN and Unesco to promote language diversity and the rights of language minorities.”

Can beginners attend the Congress?

“Yes, there is still time,” says Bob Williamson, the most remote LKK member, from Nova Scotia. “If you can read and understand the Esperanto version of this article, you are ready to attend and enjoy the entire World Congress programme. If you’re unsure, there’s still enough time to get prepared. There have never before been so many great resources to help you learn Esperanto. There are free learning tools like Duolingo, Lernu.net, the Plena Ilustrita Vortaro (PIV), Mia Vivo, Amikumu (for finding Esperanto-speakers via your phone), the world map of Esperantists and a huge number of videos on YouTube. You can go to meetings listed on EventaServo.org and make friends with people from all different parts of the world. Speakers will always be happy to help you improve your knowledge of the language.”

What can we expect from the Congress during and after COVID?

“Evidently the World Congress will be a different experience after 2020: we can foresee the need to wear masks and maintain social distancing – all these things will have to be reflected in new rules. This World Congress will probably be one without hugs or handshakes – a weird experience, but something we’re probably going to have to get used to,” says Ĵenja Amis.

Where will the Congress be held?

“The congress centre is the Université du Québec à Montréal (UQAM),” says Normand Fleury, who organized the Pan-American Esperanto Congress in that same university in 2008. “It’s a modern, fully equipped, air-conditioned building right in the heart of the city. UQAM has lifts and large windows, so it’s a really nice congress centre very near the main metro lines. Major events like the opening ceremony, concerts and so on will be in a nearby auditorium. Close to the congress centre you can find many restaurants and shops, Chinatown and the festival district.”

Perfect! See you in Montreal! 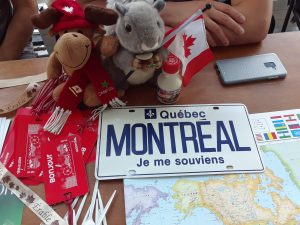