Libraries 3: The Esperanto Library and Archive in Massa, Italy 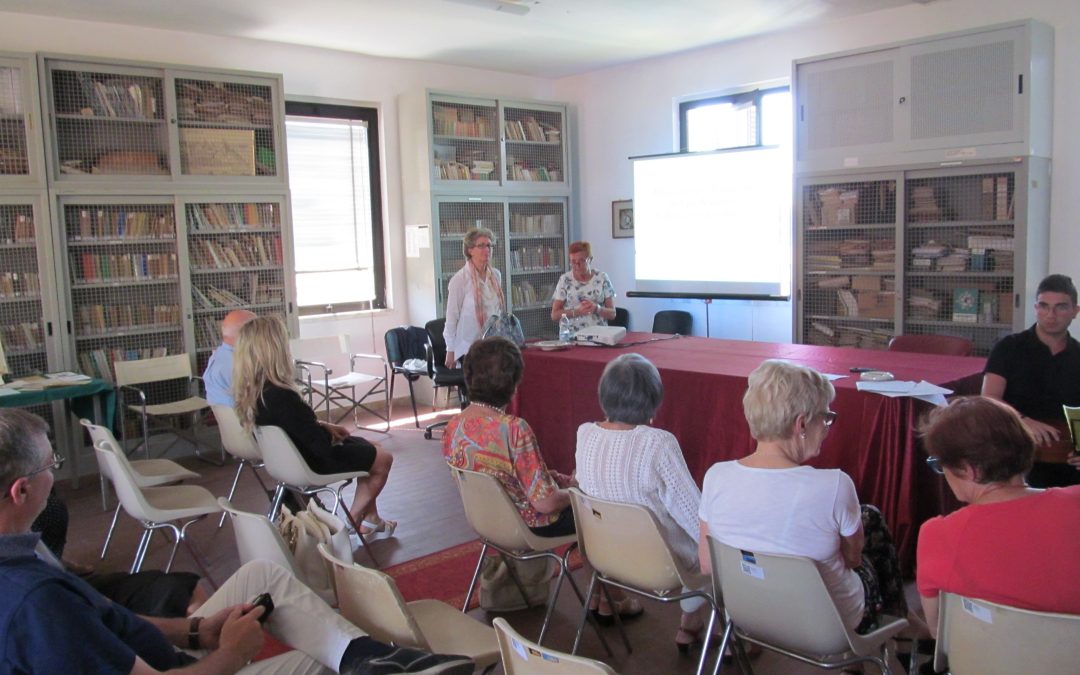 The Esperanto library and archive collection in Massa, Italy, was founded in 1972 by two brothers, Catina and Mario Dazzini, from a collection of their books, newspapers, and other various Esperanto items. It was initially housed in Malaspina Castle in the city of Massa, and was officially opened in the presence of the city authorities, the initiators of the project, and a large group of Esperantists.

The Italian Esperanto Federation (IEF), the official owner of the collection, decided to donate it to the Italian state on condition that it remained in the city of Massa. It was decided to locate it in the municipal headquarters of the state archives and the hand-over took place in 2008. Another inauguration took place, this time in the presence of Prof. John Wells, representing the World Esperanto Association, Michela Lipari representing IEF, and Catina Dazzini representing the local group. Several other Esperantists attended the ceremony.

The collection has been enriched by donations and legacies from Italian Esperantists, most recently from the prominent Esperantist Filippo Franceschi, pen name ‘Sen Rodin’, and his wife, Julia Sigmund. The collection currently comprises more than 12,000 items of various types: books, newspapers, postcards, photographs, tourist newsletters, leaflets and more.

So far, around 5,600 titles by 2,412 authors have been catalogued, of which 182 are newspapers; the catalogue is publicly available – click on the right side of the search line at ‘Massa – Biblioteca Nazionale di Esperanto (TE)’ .

This Library, fully consultable also through the ‘Protocol Z39.50’, is part of the network of Italian libraries, and volunteers are working to include all books and newspapers in the National Italian catalogue ‘SBN – Sistema Bibliotecario Nazionale’ (National Library System); so far around 800 titles have been included.

There has been a lot of interest from on-site and online visitors, and thanks to the help of local volunteers people are able to receive photocopies and scans of the information they desire.

Special attention has been given to Italian-language university dissertations on Esperanto and/or linguistic topics; these have been catalogued and summarised in Esperanto, thanks to the work of Alessandra Madella. There are already more than fifty.

We gratefully acknowledge the kind support of Esperantic Studies Foundation.