Conlang Excursions 1: A Journey in Elefenland 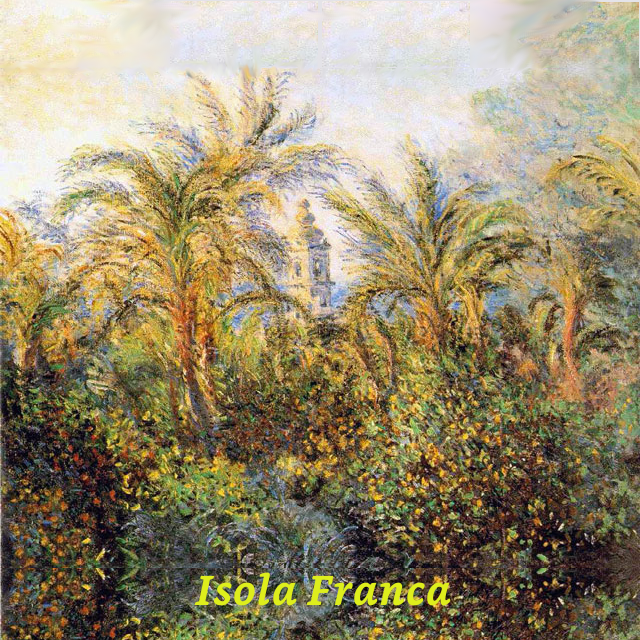 Constructed languages are fascinating. Beyond the Esperanto-dominated field of IALs (international auxiliaries), creative minds have come up with thousands of experimental or artistic languages, often purely for the pleasure of doing so. In this occasional series, I’ll be exploring some of the more interesting and lesser-known ones.

But in this first instalment, if I may, I’d like to stay in the area of IALs and discuss a Romance-based one that I’ve been involved with, as a hobby, for more than a decade: Lingua Franca Nova (LFN), or Elefen as it now prefers to style itself. It was designed by George Boeree, an American psychologist, who worked on it privately for thirty years before presenting it online in 1998. It has since been extensively refined by enthusiasts.

Boeree, who passed away this month, admired Esperanto and hoped the world would one day adopt an IAL – “it almost doesn’t matter which”, he wrote. But he also stated that Elefen is more natural than Esperanto, yet much less random than Interlingua. To this I would add that it has a deep inherent beauty and strikes a remarkably happy medium between minimalist simplicity and rich expressiveness.

Key to the aesthetic are its rules for syllable shape. Consonant clusters at the start of a syllable are kept to a minimum (e.g. br, pl, st), and syllables and words can only end with a vowel or one of seven consonants: l, m, n, r, f, s and x (pronounced like English sh).

To take “example” as an example, the word for this is esemplo, where the x has been simplified as in Italian. This makes the word slightly less recognisable, but easier to pronounce for people from many parts of the world. Compare the Esperanto word ekzemplo, in which a voiceless k abuts a voiced z, following a Russian spelling convention. In fact, Elefen eschews the letter k altogether, choosing to write c to represent this sound.

Elefen’s spelling is fully phonetic, not unlike Esperanto’s, though Esperanto contains the oddity of a letter c pronounced much the same as ts. In Elefen, this cluster doesn’t fit the syllabic structure, so is vanishingly rare; in proper names like Botsuana “Botswana”, it is simply spelled ts. Likewise, in Txad “Chad” and Djibuti “Djibouti”, tx and dj represent the two component sounds of the affricates for which Esperanto uses the single letters ĉ and ĝ.

As with the historical Mediterranean Lingua Franca trade language, Elefen’s vocabulary is of Romance origin. In fact, its words are drawn from five source languages, nicknamed the ECIPO “team”, namely espaniol (Spanish), catalan, italian, portuges and franses (French – where the O of the acronym is stretched to breaking point to represent langue d’oïl!). Catalan is included both for its central geographical location and as a vocabulary tiebreaker.

As a sample, here is Saint-Exupéry’s dedication to The Little Prince:

As befits modern times, the language is gender-neutral: the third-person singular pronoun el means “he/she”, like singular they in English or Esperanto’s controversial neologism ri.

With the exception of es “to be”, Elefen verbs unvaryingly end in -a, -e or -i. Tense is indicated by prepending one of the particles ia (past, “did”, pronounced ya), va (future, “will”) or ta (hypothetical, “would”).

In Boeree’s original design, an infinitive was formed by adding -r (comprender “to understand”), but this was eventually felt to be heavy and unnecessary; thus the passage above has pote comprende “can understand”. In fact, the only inflection remaining in Elefen today is the plural -s.

Derivation is a different matter. Elefen has around twenty common derivational suffixes (plus some minor technical ones), and is more consistent than Esperanto about how they operate.

Most of Esperanto’s root words are formally categorised as nouns, verbs and adjectives, and it’s the same in Elefen. But Esperanto has quirks: a notorious one is that bros “brush” (the implement) is a nounlike root from which the verb brosi “to brush” is derived – and yet komb “comb” is a verblike root to which you have to add a suffix to name the implement kombilo.

In Elefen, both brosa “brush” and peten “comb” are nouns. To form the corresponding verbs, you add the suffix -i: brosi, peteni. Notice how the vowel of the suffix displaces the final vowel of brosa – this occurs with all suffixes that start with a vowel, and gives words a compact natural feel while still being regular and logical.

There are in fact two separate -i suffixes. One is intransitive and means “become X”:

The other is transitive and means “use X on (the direct object)” in the manner of a tool or substance:

Intransitive verbs in Elefen are labile: i.e. they can be made transitive by the mere addition of a direct object, equivalent in meaning to the intransitive subject:

Me clui la porte.
“I close the door.”

Esperanto does something similar, but uses explicit suffixes:

Fermi is transitive, but if we pick an intransitive verb – say gliti – the suffixing behaves differently:

Me lisca la porte.
“I slide the door.”

It is interesting to note that while Esperanto allows any word to shift its category by a simple change of ending, the rules for the accompanying shift of meaning are sometimes loose. For instance, the adjective akva from akvo “water” can mean either “living in water” (akva planto “aquatic plant”) or “consisting of water” (akva trinkaĵo “watery drink”).

This problem was spotted way back in 1907 by the proponents of Ido (a reformed Esperanto), who also pointed out that although you can change Esperanto krono “a crown” to a verb kroni “to crown”, this verb cannot then be converted back to a noun meaning “coronation”, since krono is already taken. An Esperanto coronation demands an additional suffix: kronado.

How do the equivalent words work in Elefen? The noun “water” is acua, and the language offers three main suffixes for adjectival derivation: acuin means “similar to water”; acuosa means “full of water”; and acual is the most general, “pertaining to water”, thus covering aquatic plants.

Any Elefen verb can be reused, unchanged, as a noun for the relevant action, which means that from the noun corona we can form the transitive verb coroni “to crown” which is also the noun coroni “coronation”. (Note for the anxious: very few Elefen root nouns end in -i, so there is little risk of confusion.)

Elefen has an online dictionary of over 30,000 entries, organised under almost 10,000 roots. This is a multilingual work: all the words and phrases have translations in English and French, I have recently added Esperanto, and others are contributing translations in German, Finnish, Hebrew, Spanish and Russian. While many of the items are obscure technical terms, the dictionary also contains a lot of useful everyday vocabulary like amaperil “daredevil”, telelabora “work from home”, and demanda sujestante “leading question”.

For me, Elefen is an engrossing intellectual game. It has no chance of rivalling Esperanto, but it’s a lovely piece of design, and it has been suggested that it could reposition itself as the language of an imaginary idyllic island in the Mediterranean, Isola Franca.

To master it, back in 2008, I translated Edgar Allan Poe’s brilliant – but verbosely phrased – story The Fall of the House of Usher. I and others have subsequently put a number of other works of literature into Elefen, including Alice in Wonderland and Through the Looking-Glass – the ultimate test of a language’s capacity for puns!

If there is interest, a follow-up article may compare the treatment of Lewis Carroll’s wordplay in Esperanto and Elefen.

NB. The accompanying picture is based on Monet’s Jardin à Bordighera, impression de matin and is the cover of Isola Franca, an album of songs translated into Elefen by Michel Gaillard.