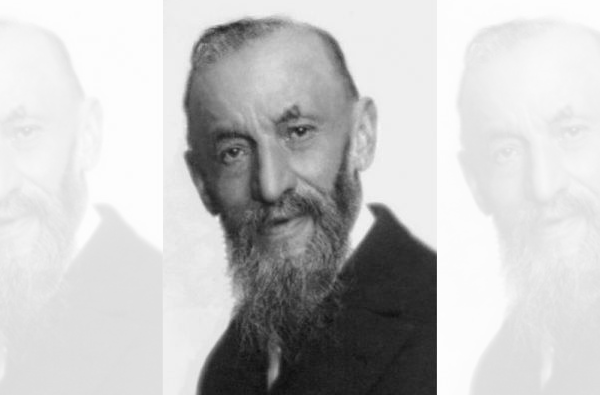 Giuseppe Peano (1858–1932) is well known in the history of mathematics for his innovations in mathematical notation and his axiomatic theory of natural numbers (“Peano axioms”). These contributions have their origin in the modern philosopher Gottfried Wilhelm Leibniz (1646–1716). Peano acquired a good knowledge of Leibniz’s works by sending his assistant Giovanni Vacca to Hanover to study the unpublished manuscripts of Leibniz. When Vacca met the French logician Louis Couturat in the First International Congress of Philosophy in 1900, Couturat was preparing his study on The Logic of Leibniz (1901). His contact with Vacca led him to compile Leibniz’s unpublished writings (1903). The resulting book was influential in the design of Peano’s international auxiliary language, Latino sine Flexione.

In the footsteps of Leibniz, Peano turned to Latin as the basis of a future international auxiliary language. He modified standard Latin following the logical requirements of a Leibnizian universal language such as simplicity, standard derivations and absence of logically irrelevant or redundant complications such as grammatical gender or verb tense. For the vocabulary of Latino sine Flexione, Peano selected common roots in European languages and used comparative tables in order to extract them. Peano introduced Latino sine Flexione in 1903 in an article starting in Latin, where he quoted Leibniz’s reflections on rational language and applied each one from the moment he stated them, thus ending his article in Latino sine Flexione.

The first rule borrowed from Leibniz states that “the noun case can always be eliminated by substitution of some particle in another place”. Genitive can be conveniently expressed by of, dative with to, ablative with from, etc. Hence a “Latin without inflections” (Latino sine Flexione). The elimination of inflections has the advantage of making each word uniform in all contexts, so that a reader can simply look it up in a dictionary without having to guess its nominative or unconjugated form first. Personal endings in verbs can be conveniently replaced by the personal pronoun in the sentence (whenever the personal pronoun is included in the sentence, a verb ending indicating the person becomes redundant). Similarly, adverbs of time can replace verb tenses (heri – yesterday, in passato – in the past, nunc – now, cras – tomorrow, in future – in the future, etc). Expressing participles is also possible without changing the word ending: laudante – qui lauda (who praises), laudando – dum lauda (while praising), etc. The same principle also applies to vocabulary building: Romano – de Roma (from Rome), animose – cum animo (with spirit), amabilo – qui aliquo pote ama (who someone can love), etc.

Through examples from Italian and Latin, Peano shows that languages are just as easy to understand and use without inflections. The possibility of conserving intelligibility without marking parts of speech indicates that these are grammatical conventions (only found in inflecting languages, by the way), not real logical attributes. Therefore, a truly rational language can and must do without them. By applying these logical principles to Latin, the common ancestor of many European languages that also historically served as an international language in the European area, Peano aspired to realize the Leibnizian dream of a rational language to unite mankind over its linguistic diversity.

Baŝak Aray is an assitant professor at Istanbul Gelisim University. She studied and completed her doctorate at the University of Paris 1 Panthéon-Sorbonne.  ResearchGate