Libraries 4: An introduction to the GDREA alphabetical catalogue 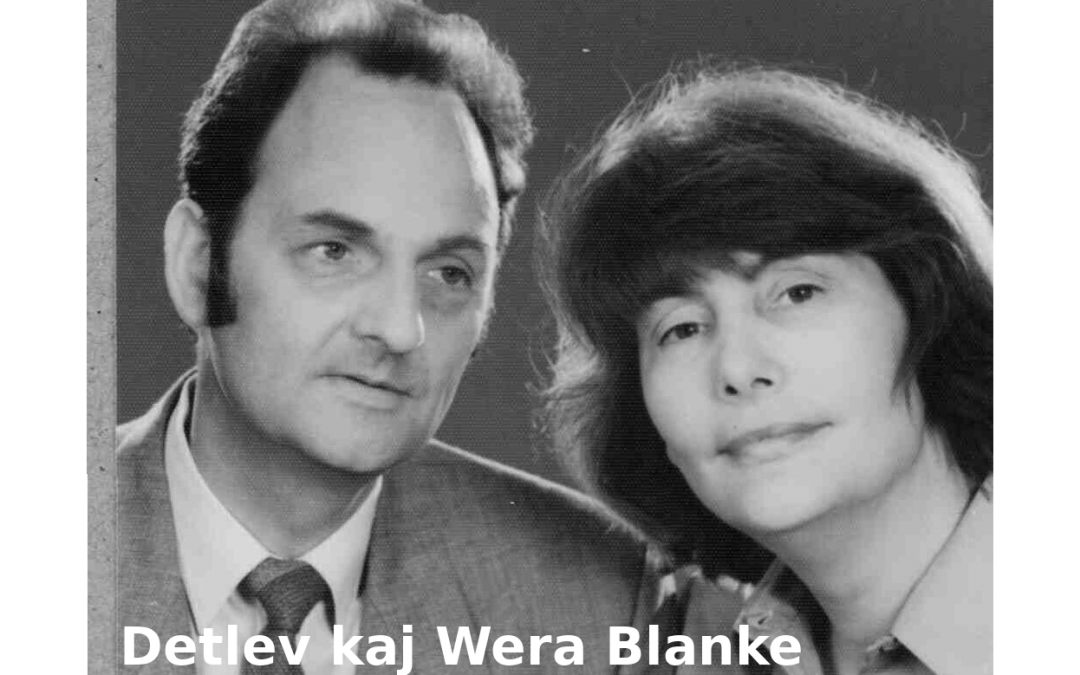 The GDREA alphabetical catalogue also exists on CD. It contains more than 2000 titles of monographs and collections, mainly in Esperanto, which until 1990 were part of the library of GDREA, the Esperanto Association of the East German Kulturbund (Cultural Association).

In the inventory can be found

A second part of the library consists of periodicals. Among them are some older annual collections bound in hardback. But most remain unbound and are arranged in folders. There is no catalogue of the periodicals. They are mainly copies the association received in exchange for its periodicals der esperantist (1965-1990) and Paco (GDR issues, 1966-1989).

The library was set up around 1969 in the GDREA’s first office, Charlottenstrasse 60 (Berlin-Mitte), and was from 1987 located in the new office at Friedrichstrasse 20 (Berlin-Mitte). For those two decades it was managed by various Esperantists in honorary positions who worked on the collection in various ways. The materials were organised into groups and given tentative classifications. The books and pamphlets were made accessible through an alphabetical card index. A large part of the titles derive from the bequests of Esperantists who have passed away. Other writings have been acquired by exchange and purchase. The association received many newer titles as gifts from abroad. The library was for reference only and could be freely accessed by interested members of the public.

The political changes in East Germany at the end of 1989 also had consequences for the Kulturbund and its Esperanto association. Before it merged with the German Esperanto League (Pentecost 1991), GDREA had moved office three times. At the start of 1990, the employees of the association’s office (= Esperanto Section of the Kulturbund Secretariat) packed the entire library into cardboard boxes.

The Kulturbund handed the collection to the Society for Interlinguistics (GIL), founded in 1991, which evolved from one of the Esperanto association’s subcommunities, active in that science (the specialist group for interlinguistics and Esperantology). GIL took care of siting the library, which it had not previously been possible to unpack.

In 2003, the East German Party and Mass Organisation Archive Foundation (SAPMO, Finckensteinallee 63, 12205 Berlin) took over the whole collection. The books and periodicals sensibly complete the documents of the East German Kulturbund and its Esperanto Association that are held in the SAPMO archive.

Over the decades a card index came into being from which, in 1989, Thorsten Lemke created a volume, distributing copies in manuscript. Monika Ludewig made the necessary corrections to this and converted it to a Word document (Word 2000).

Owing to the way in which the catalogue came about, it certainly contains mistakes and typing errors and maybe also some issues with the bibliographic records and classifications of individual titles. Nonetheless, for anyone with a specialist interest and a degree of foreknowledge, the printed catalogue or the targeted search on the CD will be a major help.

Por technical and bibliographical questions, the Society for Interlinguistics is at your disposal. The GDREA library catalogue is available here. And the private Blanke collection (excluding books that are to receive special treatment) is here.

Detlev Blanke (1941-2016) worked as a teacher before heading the Esperanto department in the Federal Secretariat of the Cultural Association of the GDR (1968-1990). There he was the accountable secretary of the Esperanto Association of the GDR (GDREA). He received his doctorate and habilitation on interlinguistic topics at the Humboldt University of Berlin, where he then worked as an honorary lecturer. In 1991 he founded the Society for Interlinguistics (GIL), which he led until 2011 (then honorary chairman). Until his death in 2016, he was editor of the Society’s bulletin “Interlinguistische Informationen” (IntI) and its international variant “Informilo por interlingvistoj” (IpI).

Wera Blanke (*1933) worked among other things as a film color gradist, actress, and work and art therapist. In 1976 she started learning Esperanto; since 1979 she has dealt with the emergence of Esperanto technical words and the principles for their conscious design and standardization. She has researched and described the impulses of planned languages for the development of terminology science, proposed the establishment of the Esperanto Terminology Center (TEC) (which UEA founded in Warsaw in 1987), and has given many lectures and written on the subject, mainly in Esperanto and German.