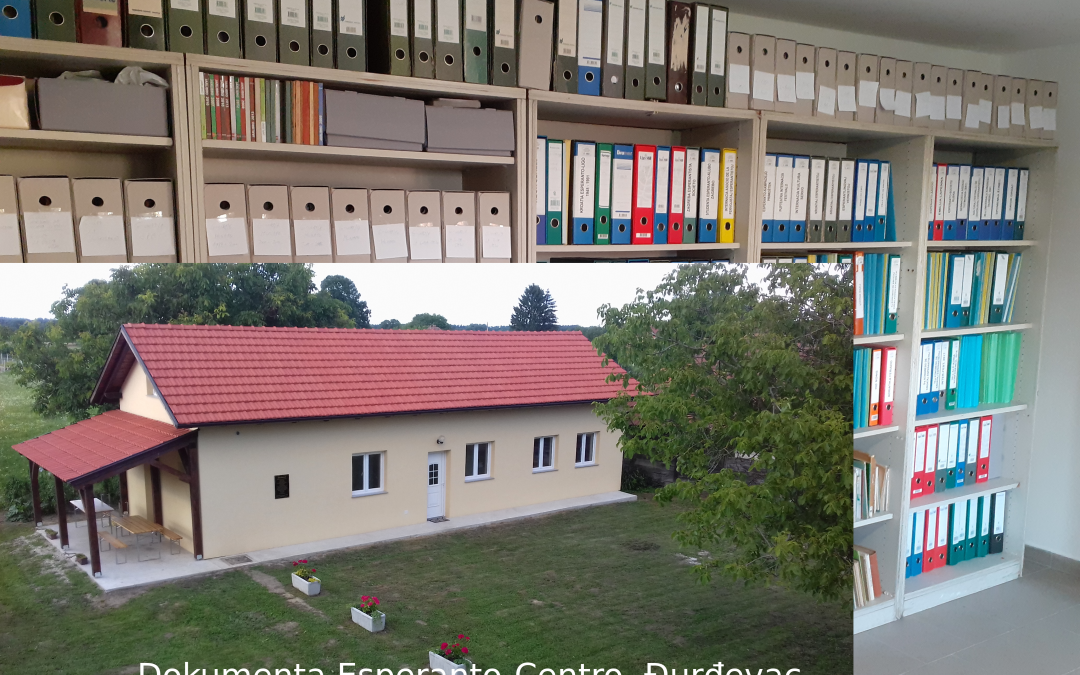 The national Esperanto archive in Croatia, Dokumenta Esperanto-Centro (DEC), was founded as a private collection by Josip Pleadin in the 1980s. Iwas made official by the founding of a society of the same name on June 13, 2010. It is located in the town of Đurđevac, 120 kilometers from the Croatian city Zagreb. DEC is currently the largest Esperanto collection in Croatia and the former Yugoslavia.

DEC’s statute describes the priority tasks of the centre as the “conservation, protection, enhancement, documentation, processing and use of books, newspapers, photographs, documents and other printed, written, photographic, film, audio and electronic materials in and about the International Language Esperanto; saving such materials from destruction and collecting them from municipal, regional or state institutions to conserve as a national cultural heritage.”

The Croatian Ministry of Culture confirmed in a letter (2010) that the protection of a special and rare collection, such as the DEC collection, is possible. Opprotunities increased after February 11, 2019, when the “tradition of Esperanto” was proclaimed a non-material cultural heritage of Croatia and was noted in the respective register under the number Z-7298. DEC is one of the main caretakers of this cultural heritage, mentioned in the relevant document (Class number: UP / I-612-08 / 18-06 / 0150, Registration number: 532-04-01-03-02 / 2-19- 2) of the Administration for the Protection of Cultural Heritage (Uprava za zaštitu kulturne baštine), which operates at the Croatian Ministry of Culture.

The DEC collection, which was initially located in the private house of the founder, has since grown considerably. Therefore, in September 2017, with the financial help of Croatian and foreign Esperantists and with the support of Esperantic Studies Foundation, construction began on a separate building to house DEC, which was officially inaugurated two years later on September 22, 2019. The archives were moved to the new house in the summer of 2020. Work continues to equip and catalogue the material. Currently DEC holds more than 7000 books, a large number of periodicals, a photo collection and a collection of objects and documents which are arranged in special files.

Every year, DEC receives around 200 requests about Esperanto, mainly from journalists, newsrooms, museums, libraries, radio and television channels, and private individuals writing papers and dissertations or reports on Esperanto. By responding to these requests, DEC is fulfilling its tasks in disseminating reliable information about Esperanto at national level and in the regions of the former Yugoslavia, helping to build a positive relationship between the media and the International Language.

DEC is a complex archival collection which expects to become a publicly accessible research centre, although still owned by Esperantists. In orde to prevent damage or loss of the material, these can be consulted only on site or online. Only occasionally does DEC makes its materials available for major exhibitions, and loans are possible from the separate loan collection which consists of duplicates.

DEC has also been active as an important Esperanto publishing house since its beginnings.