Libraries 1: Digital media from the Department of Planned Languages at the Austrian National Library 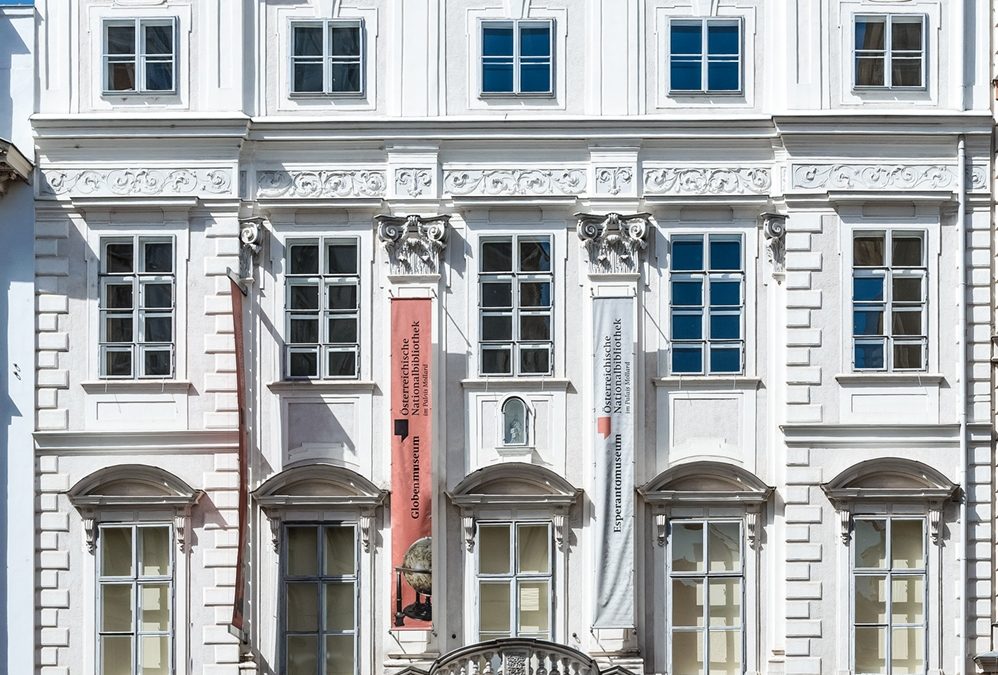 Since its foundation in 1927, the Esperanto Museum at the Austrian National Library has been holding an extensive library and archives, which were given the name Department of Planned Languages in 1990. Located in the Palais Mollard (see image above) it is home to the world’s largest specialist library for interlinguistics, documenting around 500 planned languages – apart from Esperanto, these also include Volapük, Ido, Interlingua and many others.

In 2006 the Department of Planned Languages began to scan its holdings, to date more than 20,000 items, amongst others approximately:

Except for the sound recordings, all of these items are available via Trovanto, which is the catalogue of the Department of Planned Languages and the Esperanto Museum.

On the ANNO website you can enter a keyword in the field “text”, select the title of the periodical and specify the search according to the language (amongst 21 languages also Esperanto), the place and year of publication. For example, when you search the name “René de Saussure” and select the language “Esperanto”, you get a list with 176 hits. Hence, in 176 issue numbers the name “René de Saussure” appears at least one time.

ANNO is a very useful finding aid, because it enables systematic and quick retrieval of diverse topics in the periodicals. The most recommendable keywords are names of people, countries or cities, but of course, you can enter every keyword and topic you are interested in.

Until now the Department of Planned Languages and Esperanto Museum have selected approximately 150 diverse periodicals from the period 1881 until 1949, which had already been scanned in the Digital Library Division of the Austrian National Library. In the future this project will continue so that the number of digitally accessible documents – books, periodicals, photographs, picture postcards, museum artefacts, posters, newspaper articles, audio recordings and archival documents – will constantly increase.

Bernhard Tuider is a librarian in the Department of Planned Languages and Esperanto Museum at the Austrian National Library and a lecturer at Leopold-Franzens University, Innsbruck, Austria.
Ĉi tiu artikolo estas ankaŭ disponebla en Esperanto.