CED turns 70 at the 44th Conference on Esperanto Studies 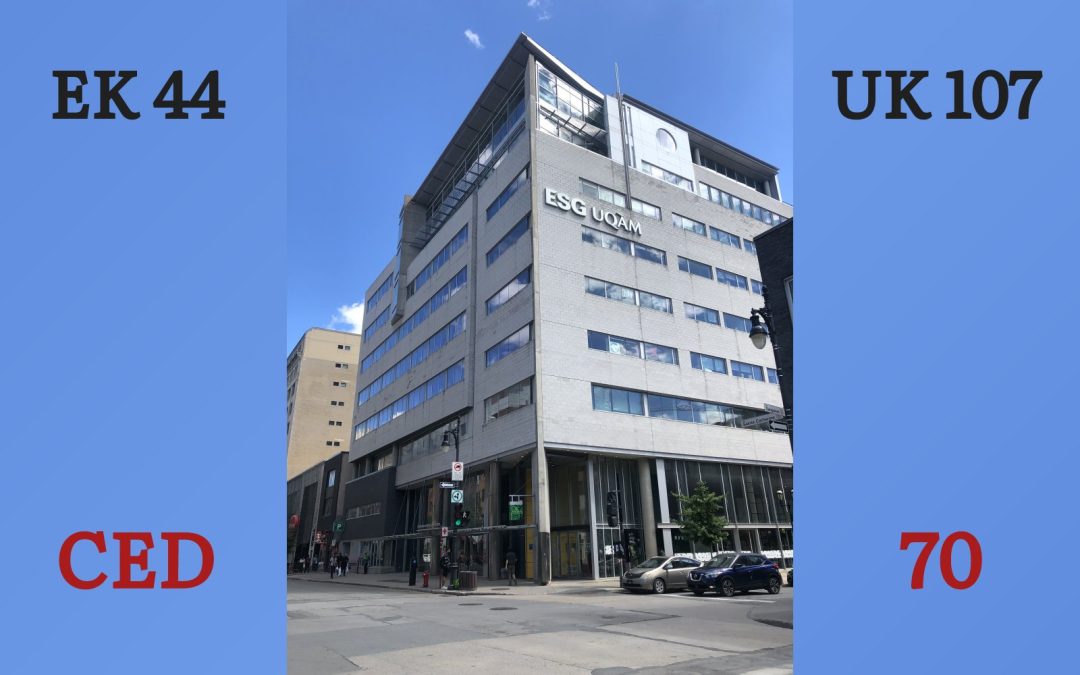 On a rainy day in London in 1952, after reading another newspaper article misrepresenting Esperanto as “the failed universal language that’s no longer spoken”, Ivo Lapenna stood up from his office chair, looked out the window and thought: “It’s time to create some sort of foundation or research centre to prove the value of Esperanto through serious academic research.” As the rain became heavier and the lightning struck from the skies of Britain’s capital city, Lapenna uttered the words: “May this research centre be called CED!”

No, the dramatized scene above is not based on a true story. The creation of CED – the Centre for Research and Documentation on World Language Problems – did not take place in a quasi-revelation. But CED was indeed founded in 1952 and counted Lapenna as one of its founders and leading figures. 70 years later, CED continues funding research projects, supporting scholars, publishing journals and holding regular conferences on planned languages and language planning. To celebrate its 70th anniversary, CED held the 44th Conference on Esperanto Studies (Esperantologia Konferenco, EK) within the scope of the 107th World Congress of Esperanto, on 11 August 2022 in Montreal, Canada.

This year’s EK was organised by Guilherme Fians and Mark Fettes and involved (1) a special session to celebrate CED’s anniversary; (2) two sessions of talks and paper presentations; and (3) a public round-table debate on the acceptance (or dismissal) of Esperanto as a research topic in academia. As one of the few hybrid activities in this year’s World Congress, the EK attracted participants both on-site and online, counting more than 40 simultaneous attendees.

The first session included talks by Mark Fettes, Sabine Fiedler, Grant Goodall and Jonathan Pool. From narrating the history of CED to discussing the presence of Esperanto in academic debates, these talks highlighted the potential of Esperanto studies to disrupt theoretical assumptions about language learning, speech communities and language ideologies. This contribution became particularly poignant in Goodall’s talk, in which he emphasised Noam Chomsky’s recent statement on Esperanto: rather than dismissing Esperanto in his often-cited quote “Esperanto is not a language”, Chomsky meant that Esperanto does not conform to the working definition of language deployed by formal linguistics. If this is the case, could not Esperanto studies scholarship contribute more directly to a reconsideration of such linguistic approaches?

The two following sessions included talks on diverse topics concerning Esperanto studies and interlinguistics from Gabriel Labrie, Guilherme Fians, Davide Astori, Christer Kiselman, Bernhard Tuider and Pascal Dubourg-Glatigny. Particularly engaging to scholars and the general public alike were Tuider’s and Dubourg-Glatigny’s remarks regarding people’s private archives and documents. While most of us simply throw away documents, letters and notes of all kinds related to our life-long process of learning and using Esperanto, these materials may constitute an invaluable primary source for historians in the future. Delving into a person’s engagement with Esperanto, a historian can see in practice how the language becomes meaningful and functional from someone’s personal perspective. In other words, even if most of us are ordinary Esperanto speakers, our viewpoints about Esperanto matter to scholars and may reveal overlooked aspects of the present-day Esperanto community and movement. In this way, these two talks in tandem called for a reconsideration of what we all have to offer to history and the social sciences as Esperanto speakers and/or activists.

Lastly, an interesting aspect of this year’s EK is that it brought together early-career scholars in Esperanto studies – such as Gabriel Labrie – and key actors in the discipline – like Christer Kiselman, who for years organised the EK and edited the journal Esperantologio / Esperanto Studies. The generational dialogue that this academic space creates within the Esperanto world gives a sense of continuity that reaches back to the early days of CED: unlike the gloomy day experienced by Ivo Lapenna in the fictional narrative that opened this article, the sunny (and unexpectedly hot) days of Montreal during summer 2022 seem to be an index of CED’s bright days ahead.

The 44th EK involved financial support from ESF, which funded the trip of Guilherme Fians (University of St Andrews, Scotland) to Montreal to attend the 107th World Congress of Esperanto, to co-organise the EK, and to present his latest book (Esperanto Revolutionaries and Geeks: Language Politics, Digital Media and the Making of an International Community, 2021) during ESF’s public meeting.
Ĉi tiu artikolo estas ankaŭ disponebla en Esperanto.