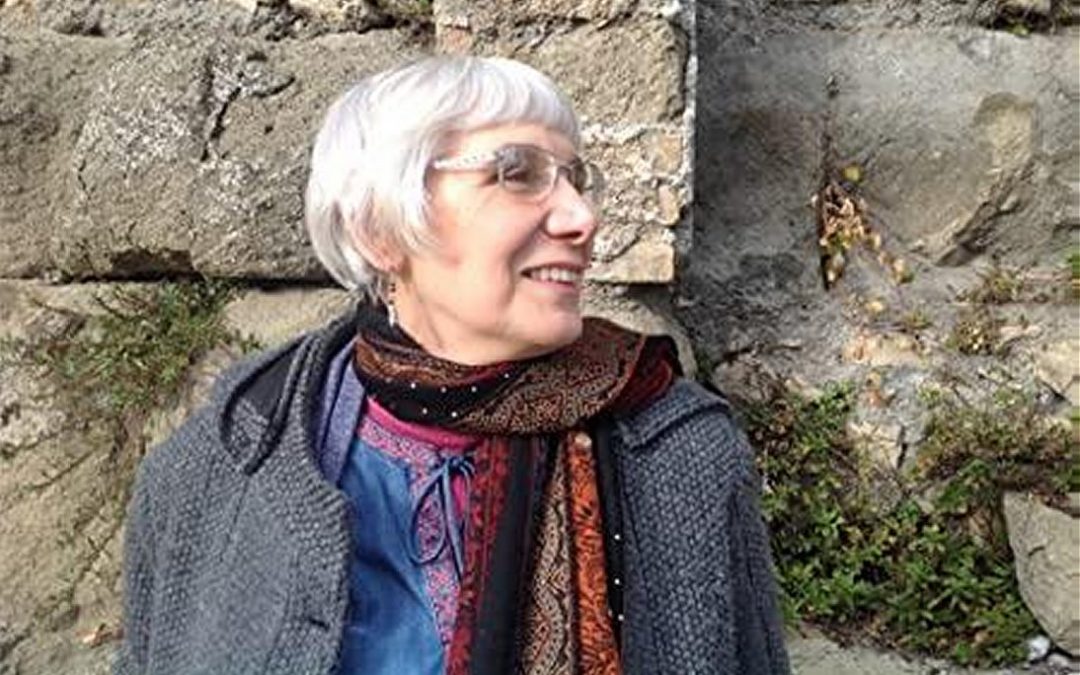 This interview with British author Anna Löwenstein was conducted by Alessandra Madella and first appeared on the Ĉina Radio Internacia website in January 2022. She has kindly offered it for republication here.

Could you say something about your latest novel, The Memoirs of Julia Agripina?

It concerns Agrippina, mother of the Roman emperor Nero. I became interested in her while doing research for my novel Death of an Artist, which was about Nero. I then realised that Agrippina was greatly misrepresented by the Roman historians of that era. Modern historians are starting to look at the situation afresh and understand that the Roman historians’ point of view doesn’t really agree with modern ideas. They deemed an ambitious or powerful woman to be a bad woman. But nowadays, if a woman wishes to be active in the world of politics, we no longer think she has unacceptable ambitions. Agrippina married the emperor Claudius and she collaborated with him. As seen back then, Claudius was controlled by his wife. We would now say that she collaborated very well with her husband. They had ideas in common and achieved them together. This new view of Agrippina interested me and I wanted to write a novel about her.

How did she differ from other Roman women of the same period?

She certainly got a very good education, just like other women of the imperial family. But she didn’t want to stay in the shadows. She wanted to be active in political life, like the men. She wasn’t satisfied with the role assigned to women at the time. She wanted to be visible herself.

How many voices is the novel written in?

It’s written in three different voices. I present scenes that illustrate various moments in Agrippina’s life. They are written in the third person, from her point of view. Alongside that, Agrippina writes her memoirs in the first person. But her thoughts are also shown while she writes the memoirs, as she sometimes hides the truth or makes something up herself. Readers can see this because they’ve also read the scene where the matter in question actually occurred.

Did these memoirs of Agrippina really exist?

Yes, the historian Tacitus alludes to the fact that she wrote her memoirs. He quotes several facts from them, as does the writer Pliny the Elder. The memoirs existed, but they have not survived. This leaves a very convenient gap for a writer of historical novels to write for Agrippina themselves.

Has the way in which you write about women in your novels evolved?

In the first novel, there was a very ordinary woman who later became a slave. In the current novel, I write about a woman who became the wife of one emperor and the mother of another. It’s a totally different social class. In the second novel, Death of an Artist, the man is the narrator. It’s difficult to write that novel from a woman’s point of view, given that women were less able to be in the centre of the action, to be in a relationship with the emperor and to see everything that was going on.

Do you always think your novels straight into Esperanto?

No, I actually wrote them in English. But I realised that it’s much harder to enter the English book market than the Esperanto one. Only the first novel, The Stone City, has been published in English, while all three Esperanto versions have been published with probably much more success than they would have had in the enormous English market.

What is the translation process for your novels?

I try to translate them very precisely. My aim is to accurately reproduce the thoughts and atmosphere of the original, even if I have to change the exact words a bit.

Why do you think your novels are also enjoyed by readers in Asia?

It could be partly because I use classic language. They are probably easier for Chinese or Japanese readers. Furthermore, in The Stone City, Bivana comes to Rome. That culture is entirely alien to her, and I make fewer assumptions about what the readers already know, because she herself doesn’t yet know these things. So maybe that foreign culture becomes easier for Asian readers to get into.

What is the central idea of your courses on writing?

The idea is to separate the two aspects: writing and editing. The big mistake aspiring authors often make is to edit a text at the same time as they’re creating it. That’s actually a huge obstacle. I discovered this concept of rapid writing when I read books about writing in English. I try to present exercises where students write very quickly, with no editing, and edit only afterwards. I first did that at Grésillon. People liked it a lot and subsequently wanted to continue as well. So we created an online group called “8-minute writing”. Each week I present a topic and people have to write about it for the following week. My literature course at the Italian Congress in Assisi also began every morning with an exercise: eight-minute writing.