Brian Kaneen: a major donor to the Esperantic Studies Foundation 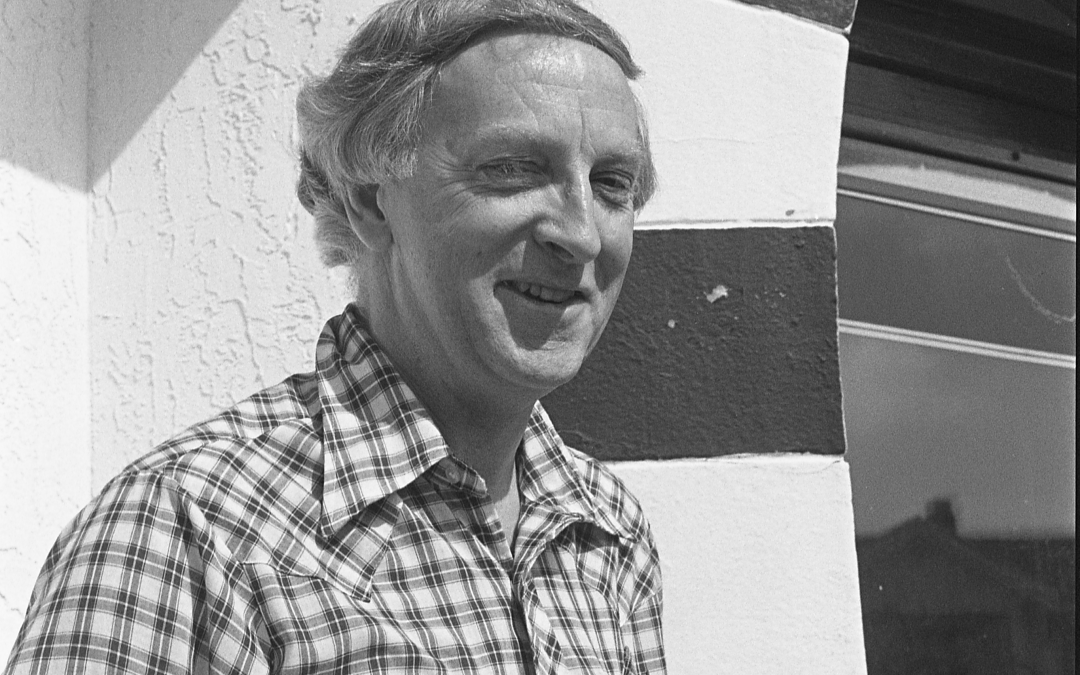 The Esperantic Studies Foundation (ESF) supports a wide range of interlingual research and educational initiatives around the world. Researchers and educators seeking support for interlanguage projects are encouraged to browse the website to learn whether ESF can offer counseling and/or financial support.

ESF’s investment, which generates the resources to fund projects, owes much to the generosity of three major donors, people like you who support language rights: Cathy Schulze, Bill Schulze, Brian Kaneen and many others. Here are some of my memories of Brian Kaneen, and my sincere thanks.

Brian was born on the Isle of Man, where the Manx language had weakened since the advent of mass English tourism in the 19th century. At the peak of tourism in the early 20th century, more than 600,000 Britons visited the island each year, when it had a local population of about 50,000. For the most part, the only way to succeed was to speak English. Manx language was associated with ignorance and poverty while English gave way to a better life. Brian, family and friends, regretted the steady decline in the use of the Manx language when he learned about Esperanto in 1950. Brian immediately considered Esperanto to be a new kind of language, as an evolutionary improvement in global communications, as a neutral international language, planned and created specifically to defend and protect minority languages, a true bridge language of communication between ethnic groups.

Brian Kaneen did not have the opportunity to speak Esperanto until his British military service in Germany. After immigrating to Canada, he studied at McGill University and later received his doctorate from Cornell University in Ithaca (New York), where he became an active member of the local Esperanto club. Since 1965, Brian Kaneen lived in Vancouver, where he served the Vancouver Esperanto Society first as secretary and then as long time president. As a lecturer at Simon Fraser University in Burnaby, Brian organized and taught many Esperanto courses, especially in the years before the 69th World Esperanto Congress, in whose Local Congress Committee he served as secretary and vice president. He served on the board of the Canadian Esperanto Association three times, with the positions of editor of a newspaper called ‘Lumo’, vice president (1999) and president (2000-03). Brian has long been a UEA delegate and language delegate in Vancouver. He was elected an Honorary Member of KEA in 1997. Brian Kaneen died in 2012. More than half a million Canadian dollars he bequeathed to the Esperantic Studies Foundation. He also bequeathed an equal sum to ‘Vannin Culture’, a Manx network dedicated to the Gaelic language of the Isle of Man to create scholarships for the young who wish to study Celtic languages.

Everyone who got to know Brian quickly learned about his attitude towards ethnic languages, ​​that the use of the mother tongue is an important human right. He often noted that the violation of this right leads to communal conflicts historically too evident in many ethnic conflicts in Europe, Africa and Asia. Not surprisingly, Brian fully supported ESF’s primary goal of “working to promote the understanding and practice of linguistic justice in a multicultural world.”

As a language professor, Brian knew that language discrimination has historically had a documented tragedy of conflict that later generated a history of specific language rights granted to defined minority communities in Europe. The Peace Treaty of Westphalia, the Final Act of the Congress of Vienna and the Minority Treaties of the League of Nations during the interwar period in the first half of the twentieth century all included legal requirements for specific group-based rights in key areas related to language use, such as cultural institutions, education and communication within public services. Brian noted that after 1945 the new international system paid more attention to individual human rights than to language rights of groups.

Brian noted that after World War II the rapid spread of English around the world became a threat to other languages, especially those of lesser known communities and minority languages, which are rich reflections of specific cultural values ​​that carry much linguistic, historical, social and anthropological information. He opined that as these languages ​​are constantly threatened by marginalization and extinction, any attempt to protect and revitalize them will contribute to preserving linguistic diversity and cultural knowledge for future generations.

I remember Brian quoting words from Ilya Prigogine, who won the Nobel Prize in Science in 1977 for a theory describing transformations, not only in the physical sciences, but also in society – the role of stress and disturbances that can push us to a new, higher level. Prigogine said, “We’re at an exciting time in history, perhaps at a turning point.” Unfortunately we are still waiting. If my friend Brian were still alive I have no doubt he would consider the current crises of global warming, of the challenges of global health in a time of pandemic, of the destruction of the natural environment, and of poverty and hunger as sufficient stresses and disturbances to cause a turning point and a paradigm shift.

Brian read Thomas Kuhn’s famous 1962 book, “The Structure of Scientific Revolutions. He said Kuhn’s ideas were helpful, not only because they help us understand how a new perspective is born, but also how and why.” Brian had a stoic attitude that a turning point would inevitably cause a paradigm shift that would lead to a more unified and just world. However, he was not prepared to simply wait, and for decades argued strongly to promote human rights universally. Brian was a strong advocate for the realization of the latent potential of the United Nations (U.N.).

When Brian died and bequeathed half a million dollars to ESF and the equal amount for the teaching of the Manx language, I was surprised only by the size of the bequests. I pay tribute to Brian Kaneen. Thank you, dear friend.